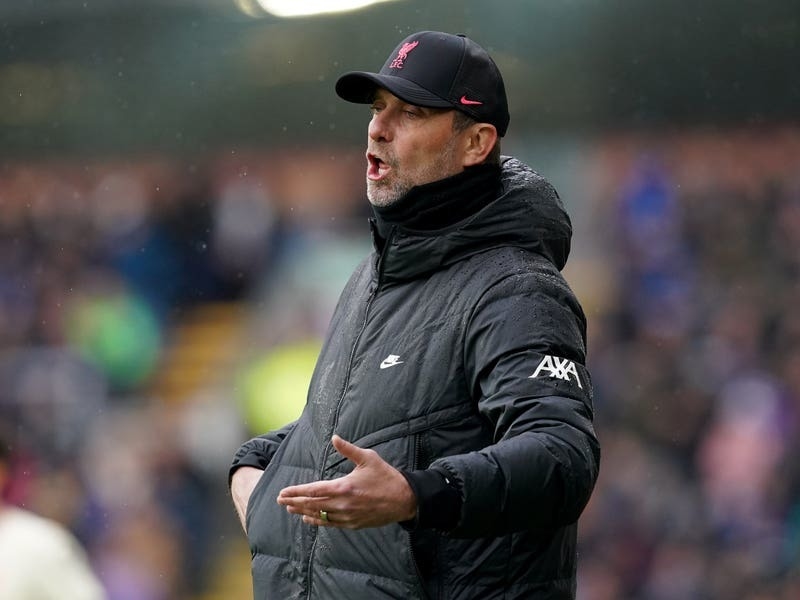 Liverpool manager Jurgen Klopp insists his side are not the Harlem Globetrotters and their success is built more on attitude than quality.

Following the £37.5million January signing of Luis Diaz, the Reds boss admits he now has the best squad he has ever had in his career.

Wednesday’s Champions League win over Inter Milan at the San Siro was a case in point as he brought Roberto Firmino, Jordan Henderson, Naby Keita and Diaz off the bench.

“You have to fight and not think about how good we could be,” he said.

“We are not the Harlem Globetrotters. There are a lot of really good teams and squads out there we have to battle with.

“No-one is happy with being second; reaching a final is great but if you lose, everything is nothing any more.

“I’ve answered the question five million times but we talk constantly about the (quality of the) squad.

“My opinion is clear: top squad, best I ever had, but it is more important what kind of mood in the team and stadium you can create to get results.

Liverpool have the chance to reduce the gap to Premier League leaders Manchester City to six points as they play Norwich at home before Pep Guardiola’s side host Tottenham in the Saturday evening kick-off.

However, chasing down the defending champions is furthest from Klopp’s mind at the moment.

“Of all the problems I have, the smallest one is what you said about City. There is no day in the week, no minute actually, when I think about that,” he added.

“We have nothing to do with that, we only have to win our games and see if we come closer or not.

“Outside of that we fight for a Champions League spot and for that we need to win games and if we want to go further in cup competitions or win the cup, then you have to win games.

“It is the same solution. You solve all your problems with winning football games and that is the only thing we are talking about. It was always like this.”

The only problem Klopp really has at the moment is leaving out players from his matchday squad because he has so many available, although Diogo Jota will not play against Norwich because of an ankle injury sustained in Milan.

“It’s the part I like the least. It is easy when the boys give you a reason, like spending three nights in a bar or being pictured in a pub then ‘You are not here, you don’t understand the situation’ but we’ve never had that,” he added.

“None of these players have deserved it so far so it is not easy, it’s very difficult but it is still part of the business.

“Be angry with me, be disappointed with the problem but next day show up and be the best version of yourself and you still make the decisions difficult.

“If players want to talk to me, it’s not after the decision before the game. After we have played the game they can come and talk but the answers are pretty easy; you have to make sure you are in the squad, I am only the observer.

“You have to deliver and the more you deliver the more likely it is your situation will change.”