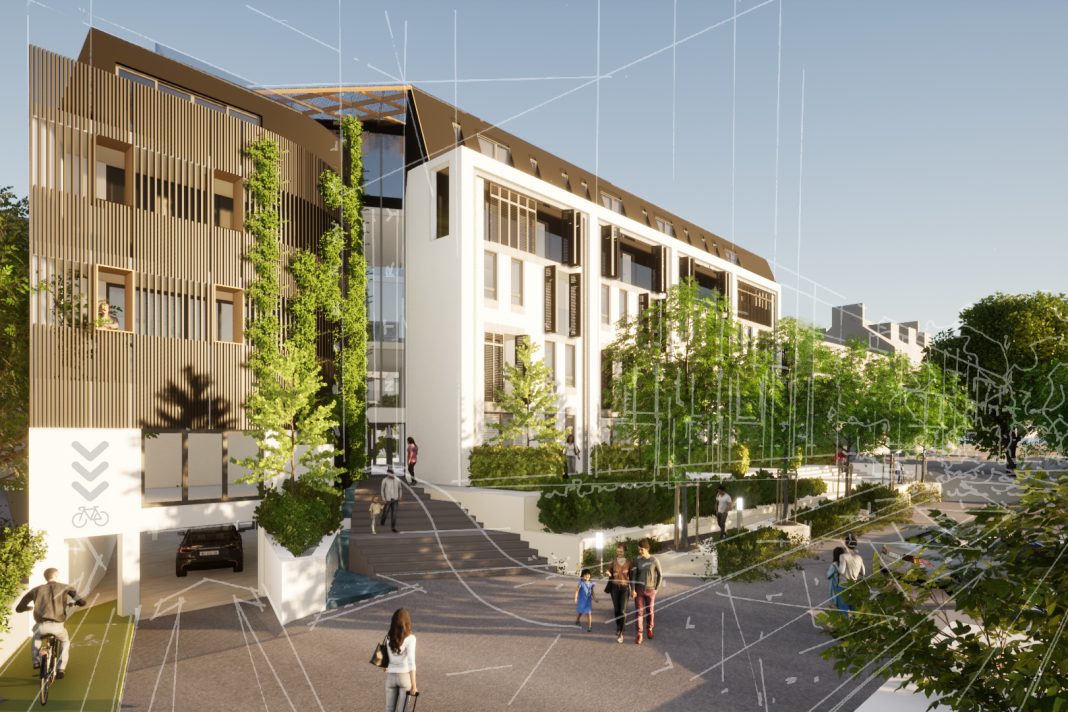 The Hotel Savoy, which has been a cornerstone of Rouge Bouillon for over 50 years, last month said it had been ‘fighting a losing battle’ to stay relevant and that updating the establishment to modern standards would require a significant amount of money.

Instead, the firm’s owner and director Roberto Lora has submitted plans to demolish the building and put 13 five-bedroom, five four-bedroom, 34 two-bedroom and four one-bedroom maisonettes and town houses in its place.

He has since called on the government to engage with overseas hotel operators urgently and ensure Jersey’s ‘ageing bed stock’ is replaced.

The scheme has been described as ‘ambitious’ by the Jersey Architecture Commission and features a 25-metre communal pool, roof terrace and gym.

It is also planned that an array of solar panels – described by developers as ‘one of the largest’ in Jersey – will be incorporated into the design and could power 112 charging stations for electric bikes as well as a fleet of electric EVie cars for residents.

In a report outlining the Jersey Architecture Commission’s thoughts on the project, the organisation says: ‘The accommodation mix and communal facilities encourages a strong sense of community but this will require a prescriptive management regime and high service charges to sustain the sophisticated gardens and facilities envisaged. The courtyard and communal rooftop resort offer a new lifestyle in this part of town.’

It adds: ‘The commission share the applicant’s enthusiasm for high ambition. A reality check is suggested now to ensure that the budget and end values will be able to deliver this complex scheme.

‘The commission wish the project success in meeting the high levels of sustainability envisaged, the use of modern features taken from the historic context and delivering a new convivial lifestyle.’