Yesterday, easyJet announced it would be restarting its Newcastle route as well as launching services from the Island to Bristol and Birmingham. These new links were announced as the airline revealed it would be introducing a further 12 UK routes including one from Liverpool to Bournemouth.

Hungarian low-fare airline Wizz Air last week said it would be starting its first Common Travel Area services this summer, operating flights from Jersey to Cardiff and Doncaster. Both of these routes were previously operated by Flybe.

These new routes follow BA Cityflyer’s April announcement that it would be starting a route between Jersey and London City.

Jersey Airport already has a busy schedule planned for this summer, with Jet2 due to start flying to the Island from five English destinations.

Speaking about the recent influx of new air services, Economic Development Minister Lyndon Farnham said: ‘From a traveller perspective, we are in unfamiliar territory at the moment and airlines have assets available that they have to put to good use.

‘I am pleased they have seen Jersey as an attractive and profitable destination. This is particularly important as we come through the pandemic and rebuild our air and sea routes.

‘I must pay tribute to the team at Ports of Jersey. This is very encouraging and a very welcome trend but I do not think we can take anything for granted. As destinations open up around the world, things will become a lot more competitive.’

Wizz Air is scheduled to fly to Jersey using a 230-seater Airbus A321 – a plane much bigger than those operated by other carriers serving the Island and one more suited to the airline’s usual routes of Lanzarote, Tenerife and Lisbon – from July. 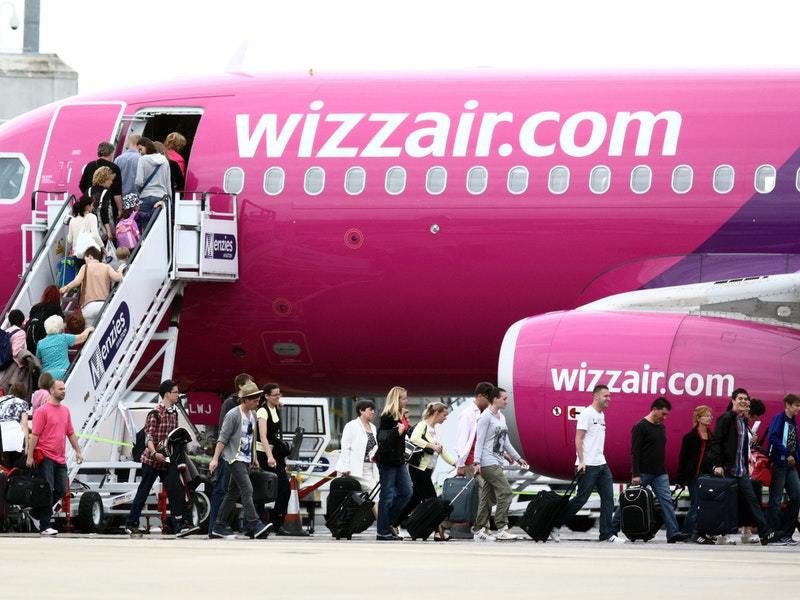 Asked whether it was likely that some Jersey routes would be pulled once European travel became less restricted, Senator Farnham said: ‘I hope some will become long-term but I think we are going to have to wait and see as things are changing so quickly at the moment and it is difficult to see what the future will hold.

‘Visit Jersey and Ports of Jersey will do everything they can to make them viable. Some routes may end up being temporary but others may well end up being permanent.

‘The bottom line is that Jersey is a very-good-quality visitor destination. That should underpin our confidence in those new routes.’

In recent days, the number of Covid cases identified among inbound travellers has been steadily rising and several hundred direct contacts are now self-isolating.

Speaking before the announcement that Jersey had declared England red, Senator Farnham said he thought any new classifications for UK regions would have little bearing on tourists’ decisions to visit.

‘With the very strong progress that has been made with the vaccination programme – not just Jersey but in the UK – if England, Scotland, Wales or Northern Ireland turn red we will still be offering green travel status to fully vaccinated persons and under-18s,’ he said.

‘About 60% to 70% of the UK’s population has been vaccinated and, as that progresses, the rules are likely to move more away from geographical guidelines to whether someone is vaccinated or not vaccinated – but that is something for the future.’