Father-of-two Andrew Clynes (48) created the Meet My Family app to help his six-year-old, Isaac, who was diagnosed with non-verbal autism three years ago.

The condition means Isaac struggles to make associations between people and pictures of them or their voices. Likewise he struggles to link everyday objects, such as food to pictures of food or the items’ names. 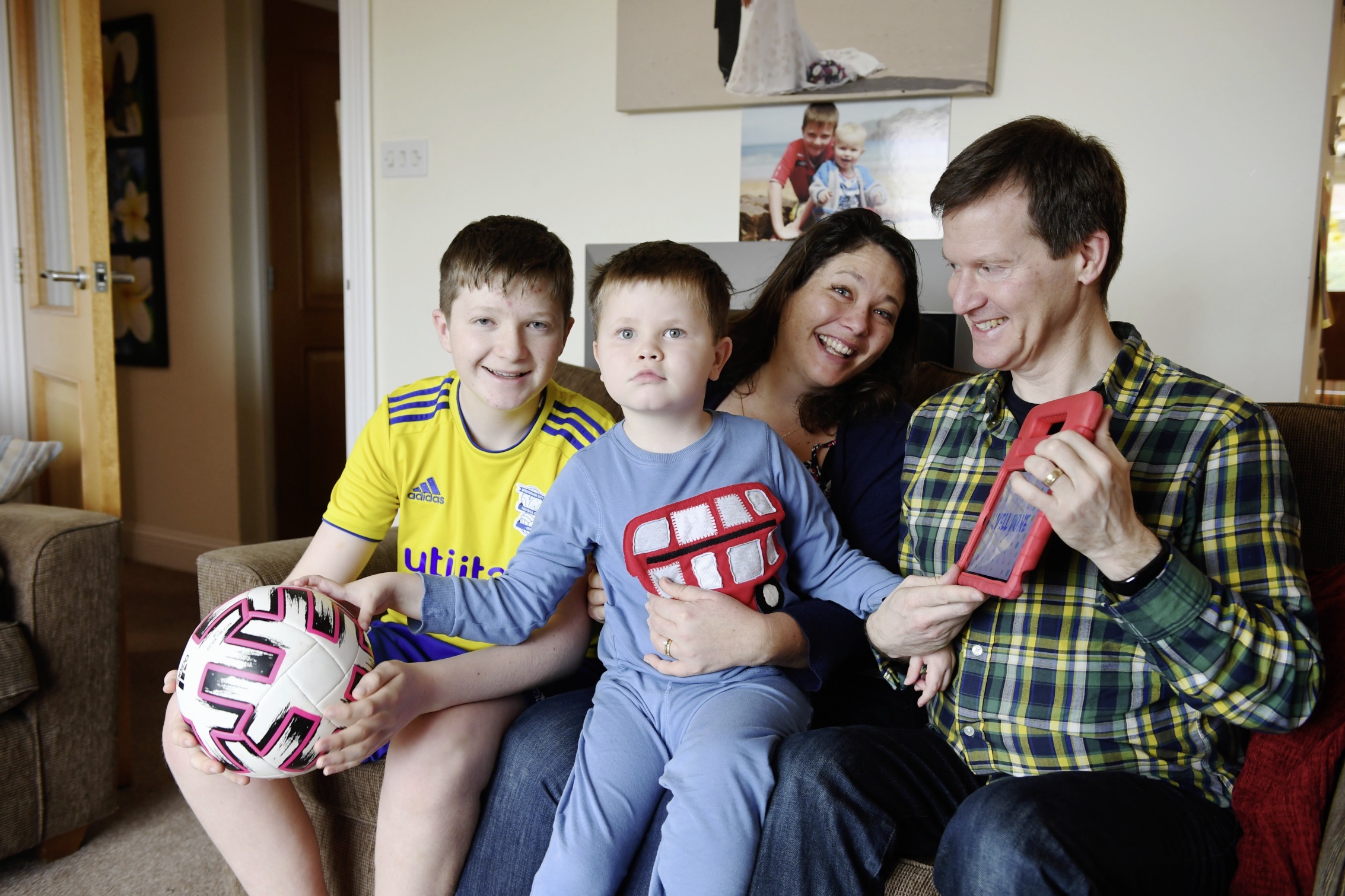 Mr Clynes, a software engineer, explained that his son’s condition meant he struggled to articulate what he wants or needs. For example, if shown images of his mother, Lisa (39), or Mr Clynes or food, in an effort to prompt him to identify what he requires, he cannot not associate his need with the corresponding image. Mr Clynes said: ‘I tried various apps and they weren’t working.

‘Then I was watching a TED talk which showed how people who had been born sightless because of, say, cataracts, and had then had their vision restored. The talk was about how videos helped them learn better than just pictures, so I thought the same principle could apply.’

The app, which is free to download, includes four games that help children like Isaac to learn associations between names, images and sounds of voices. The app can be personalised so users can upload pictures and voices of real family members.

Mr Clynes, who also has an 11-year-old son called Jacob, added: ‘There are extensions that can be made to it so it can be used to teach about objects or food too. Isaac loves Pom-Bears [crisps], but he might be crying because he is hungry and we would show him some Pom-Bears and he would not associate [his hunger] with them. But now he’s learning and he’s flying.

‘It has helped Isaac and hopefully it can help other children too. There is also the chance it could help people with Alzheimer’s to maintain some of those connections between people and voices and images.’

To date 100 people have downloaded the app. To download it, visit the App Store and search for ‘Meet My Family’.