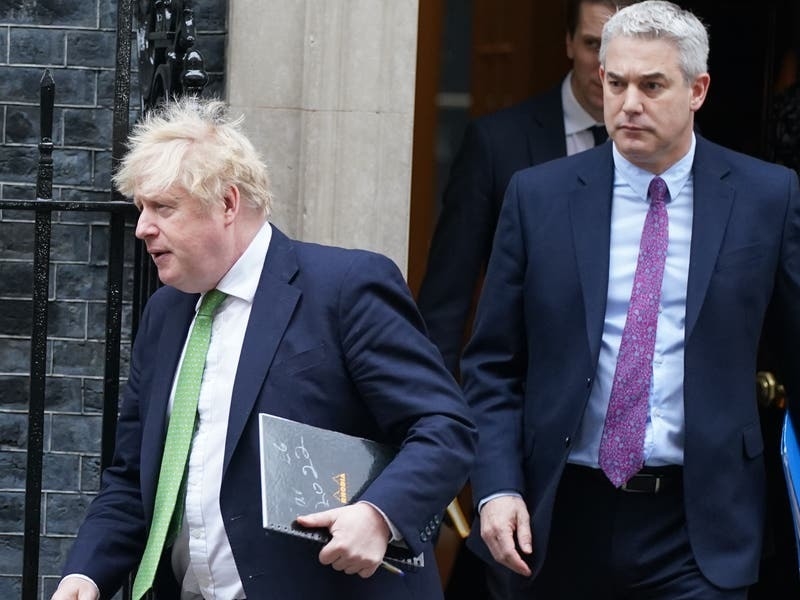 Boris Johnson has made Steve Barclay his new Health Secretary after Sajid Javid’s dramatic resignation from the role.

It comes as the Prime Minister is battling to remain in No 10 as his handling of the row over scandal-hit former deputy chief whip Chris Pincher prompted the departures of Mr Javid and chancellor Rishi Sunak, with both writing damning resignation letters.

Mr Johnson’s new Secretary of State for Health and Social Care has been his chief of staff and Chancellor of the Duchy of Lancaster, and has also previously served as a Brexit secretary.

Labour greeted Mr Barclay’s appointment to the helm of the Health Department by congratulating him as “the shortest serving Health Secretary in history”.

Mr Barclay was handed the chief of staff role in February as part of a shake-up of No 10 in response to the partygate scandal.

It came as Mr Johnson promised a “reset” in No 10 after he was left wounded following a swathe of resignations from among his aides and longer-term concerns over the cost of living, sleaze allegations and the general running of the Downing Street operation.

After a relatively slow start to his ministerial career, Mr Barclay – a Leave supporter – was catapulted to the Cabinet front rank as Brexit Secretary in November 2018.

The son of a trade union official father and a civil servant mother, he has previously described himself as coming from a “working class Northern background” in Lancashire.

After training as a lawyer, he worked as regulator for the Financial Services Authority and head of anti-money laundering at Barclays Bank before embarking on a political career.

Picked for David Cameron’s “A-list” of favoured candidates, he finally won the seat of North East Cambridgeshire in the 2010 general election having twice stood unsuccessfully for parliament.

Despite his record as a government loyalist, he had to wait until after the following election in 2015 before he made it to the ministerial ranks as a junior whip.

Instead he spent the coalition years building a reputation as a tough and effective interrogator of officials as a member of the Commons Public Accounts Committee.

During the EU referendum in 2016, he supported the official Vote Leave campaign, after ministers were given the freedom to campaign for either side.

Following the 2017 election, he was finally promoted out of the whips’ office by then-prime minister Theresa May who made him her new City minister.

His financial background made him an obvious choice at a time when foreign competitors were looking to take advantage of Brexit to take away business from the Square Mile.

Nevertheless, he served only six months in the Treasury before he was promoted again to minister of state at the Department of Health and Social Care.

After his first Cabinet role as Brexit Secretary, he moved to become chief secretary to the Treasury in February 2020, and was appointed Chancellor of the Duchy of Lancaster in September 2021.