ALLOWING French visitors to use identity cards to travel to the Channel Islands could help revitalise the tourism industry post-Brexit, according to the External Relations Minister.

Deputy Philip Ozouf said that the number of visitors from the country had dropped off a ‘cliff edge’ and confirmed that discussions were taking place between Jersey and France to address this.

The reintroduction of passport requirements after the UK’s withdrawal from the EU had become a big issue for the Island, as only about 50% of French nationals have passports.

Previously they could enter Jersey using an ID card.

Senator Ozouf discussed the issue while addressing the House of Commons European Scrutiny Committee, and revealed that negotiations to address the problem were taking place with Norman authorities.

‘Prior to the change, we would have accepted identity cards. We are part of the Common Travel Area. We respect UK borders,’ he said.

‘We are very effective in relation to border control. However, the practical issue is that we have seen a cliff edge in French visitors coming to Jersey and vice versa.

‘This is an issue that we have raised with French interlocutors, and we want to continue to have a dialogue on this issue because it has had a big impact on us. It does not serve either the communities of our regional counterparts or ourselves to see a continuation of what is quite a difficult situation, frankly.

‘This has arisen because of passports. Not every French person has a passport. 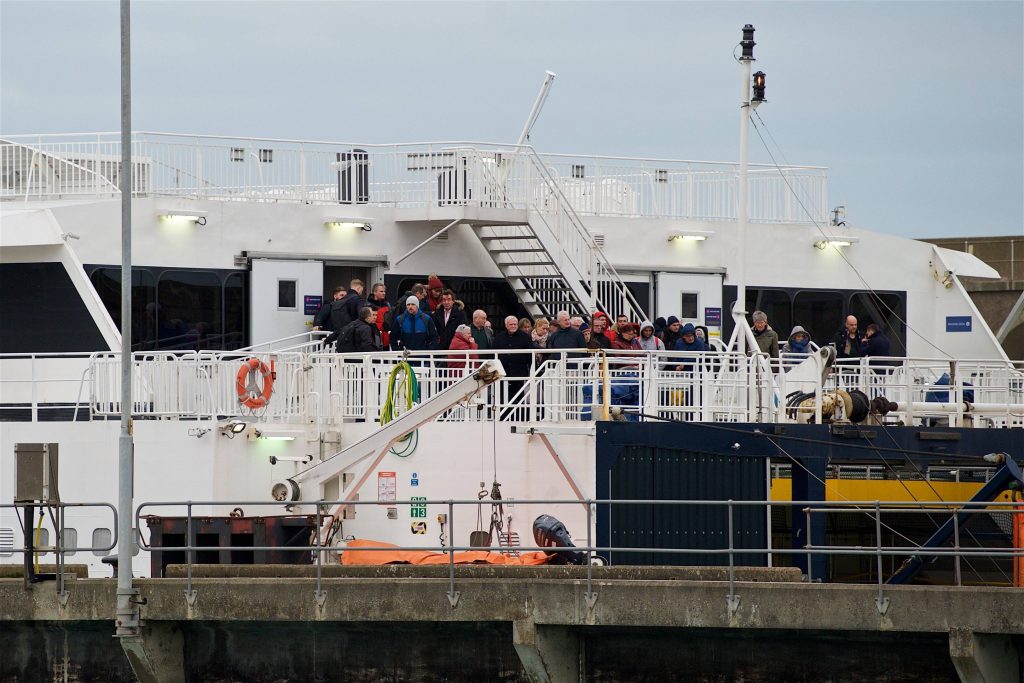 French visitors arriving Picture: ROB CURRIE. (34589111)
‘Not everybody who visits Brittany and Normandy and wants to hop on a boat to come across to their friendly Channel Islands, or Îles de la Manche, can do so because they have not got passport. [Accepting] identity cards would help solve that, and we are in discussions about that,’ he added.

The news has been welcomed by John Napton, chief executive of Condor Ferries, who said that the company had raised similar concerns more than two years ago.

‘The numbers of French and other continental passengers travelling here has been significantly affected by the passport issue. Over 50% of French nationals do not own a passport and it takes many months and 86 euros each to get one.

‘Despite this backdrop, which won’t solve itself overnight, we plan next year to increase frequency and promote the islands in France to try to stimulate interest. This is one reason that we have brought back the Sunday evening St Malo-Jersey sailings next summer and put on additional day trips over the season,’ he added.

Robert Mackenzie, director of CI Travel Group and chair of the Jersey Chamber of Commerce Tourism, Venues and Attractions Group, said that daytrip visitors this year were down around 77% against pre-Covid levels.

‘Clearly the daytrip market has taken a significant hit, which reflects the fact that a lot of French people either don’t have passports or decide to go on a daytrip if they are spending time in Brittany or Normandy and don’t necessarily have it with them.

‘Anything that allows French visitors to come here more easily is a good thing.’