A BUILDING named in memory of a Jerseyman killed in the First World War has been reopened following a major renovation.

The newly restored Howard Davis Hall, in Howard Davis Park, was officially opened by Sir Stephen Dalton yesterday(TUES), in one of his final duties as the Island’s Lieutenant-Governor.

The Grade I listed building was restored with £750,000 from the Fiscal Stimulus Fund. Specialist local craftspeople and builders were recruited to carry out the work and second-hand furniture and decorations were also sourced locally.

The hall was originally part of a larger property called La Plaisance and contained a billiard room and adjoining ladies’ viewing gallery, with a private salon. 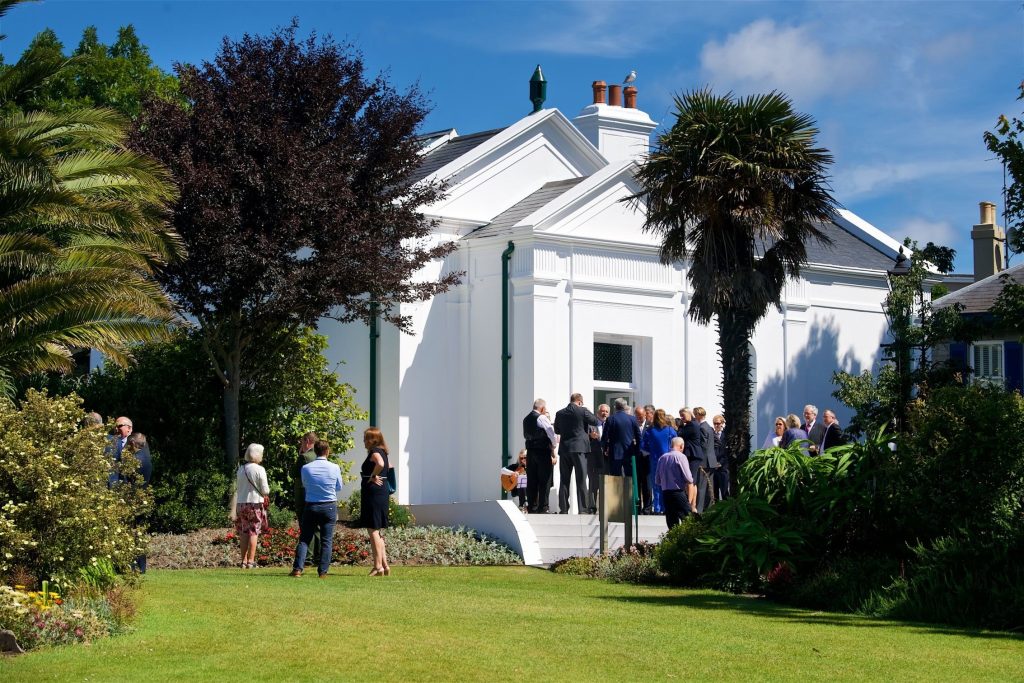 When it and the land around it were put up for sale in 1939 they were bought for £25,000 by a businessman and philanthropist TB Davis and gifted to the Island.

The building and park were named after his son Howard, who had died from injuries he sustained at the Battle of the Somme.

The building used to contain a one-bed flat but the billiard room had stood empty and unused since 1939.

The hall will be available to hire from the end of next month as an events space, and the government expects it to raise £1 million in income over the next four years.

It is also hoped that it will create extra business for local suppliers and caterers and will be marketed outside Jersey to attract visitors.

A public open day is planned for later this summer and a website athowarddavishall.je will go live in August.

Superintendent Registrar Claire Follain said: ‘Howard Davis Hall is a unique and elegant venue that really showcases the incredible talent Jersey has through its construction, craft and artisan sectors.

‘It has been a privilege to be involved with the project, and I look forward to seeing people enjoy this beautiful building and surrounding park views for years to come.’