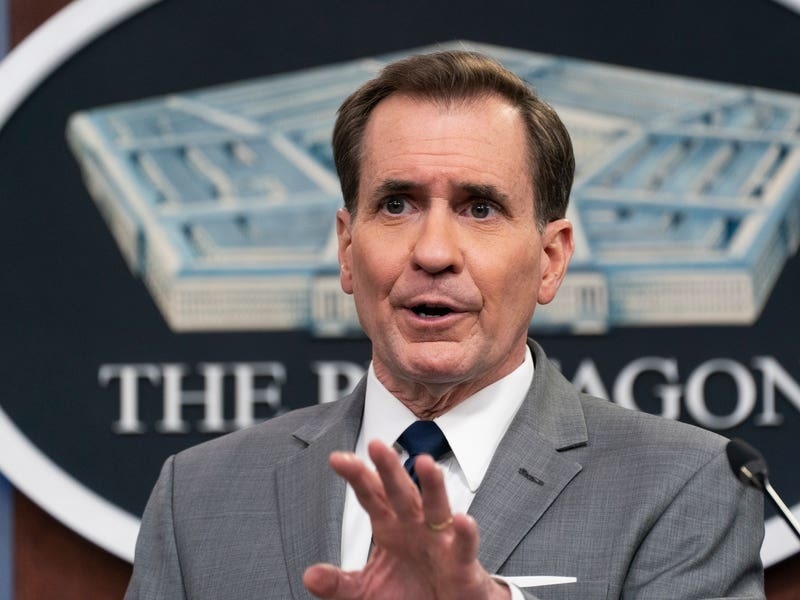 At President Joe Biden’s direction, the Pentagon is putting about 8,500 US-based troops on heightened alert for potential deployment to Europe to reassure allies amid rising fears of a possible Russian military move on Ukraine.

Pentagon press secretary John Kirby said no final decisions had been made on deployments, which he said would happen only if the Nato alliance decides to activate a rapid-response force “or if other situations develop” in connection with tensions over Russia’s military build-up along Ukraine’s borders.

“What this is about is reassurance to our Nato allies,” Mr Kirby said, adding that no troops are intended for deployment to Ukraine itself.

Mr Kirby said he was not prepared to identify the US-based units because they were still being notified.

“We’ve always said we would reinforce our allies on the eastern flank, and those conversations and discussions have certainly been part of what our national security officials have been discussing with their counterparts now for several weeks,” said White House press secretary Jen Psaki.

Mr Kirby said Mr Austin was anticipating the potential for Nato to activate what it calls the Nato Response Force, a multi-national force totalling about 40,000 troops.

The Pentagon’s move comes as tensions have soared between Russia and the West over concerns that Moscow is planning to invade Ukraine, with Nato outlining potential troop and ship deployments, Britain saying it would withdraw some diplomats from Kyiv, and Ireland denouncing upcoming Russian war games off its coast.