A celebration of Pride 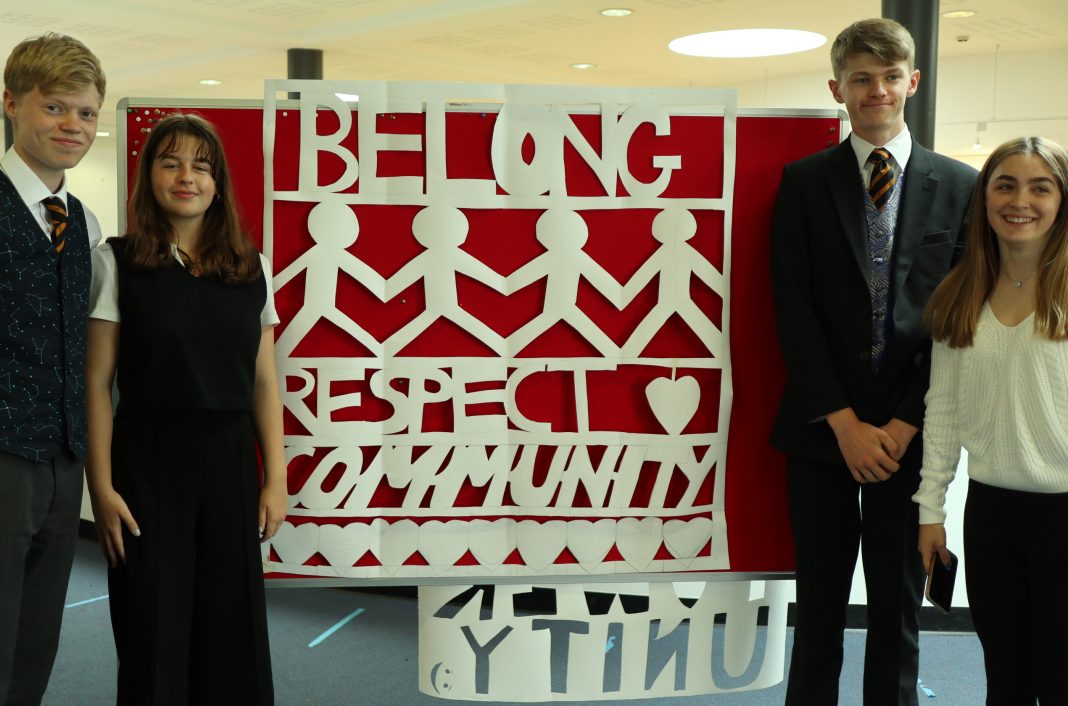 We flew the Pride flag, celebrated our LGBTQ+ community and used lessons to create meaningful conversations. Subject teachers in both schools planned specific lessons to focus on an element of Pride, highlighting LGBTQ+ role models in lessons, as well as exploring relevant poetry, music and learning through drama.

We worked collaboratively on a community Pride Art project, with Year 12 students from each school working on joint sculptures. We worked with Arthouse Jersey to create an exhibition and video that will celebrate this project.

Both schools are committed to the Rights of the Child, as laid out by UNICEF in their charter. Both schools share Article 2, the right to non-discrimination, and Article 12, respect for the views of the child, in their school charters. This collaborative Pride week harmonised these two strands, with students also creating a joint assembly and leading in the planning of the week’s events.

On the final day of the Pride week celebrations, the focus was on diversity in both schools. Jersey College for Girls held a Festival of Cultures, which included a range of workshops from different cultures and culminated in a gala of food from students’ different cultures.

Victoria College had a non-uniform day with students in bright, colourful clothing; the money raised was split between the local charity Liberate, the Channel Islands’ equality and diversity charity, and The Trevor Project, which is the leading national organisation providing crisis intervention and suicide prevention services to lesbian, gay, bisexual, transgender, queer and questioning (LGBTQ) young people under 25.

Both schools held talks from outside speakers to engage students and develop their understanding of inclusion. JCG’s Festival of Cultures Day began with a short address from Hannah Wilson, co-founder and director of Diverse Educators, who spoke to students about the importance of valuing and contributing to our diverse community.

A number of Old Victorians gave virtual assemblies to current students on their experiences while being at school and to talk about what Pride means to them. Among the speakers was Tom Falle from Rhumba Club (recently named #2 New Artist of 2020 by GQ magazine).

Headmaster Mr Alun Watkins stated: ‘Our College is for all boys, from all walks of life. We want to celebrate each and every one of them. I am delighted with the efforts from our students and staff to produce such an engaging and different take on education this week.

‘Mrs Falla, one of our English teachers and student voice co-ordinator, has been instrumental in the implementation of the UNICEF RRSA programme, which has been extremely well received by our students. We are beginning to see the positive impact of our actions on students and staff across our ethos, practice and environment. I hope that our support of Pride Month helps to educate our boys towards becoming better more rounded people.’