The impact of Omicron 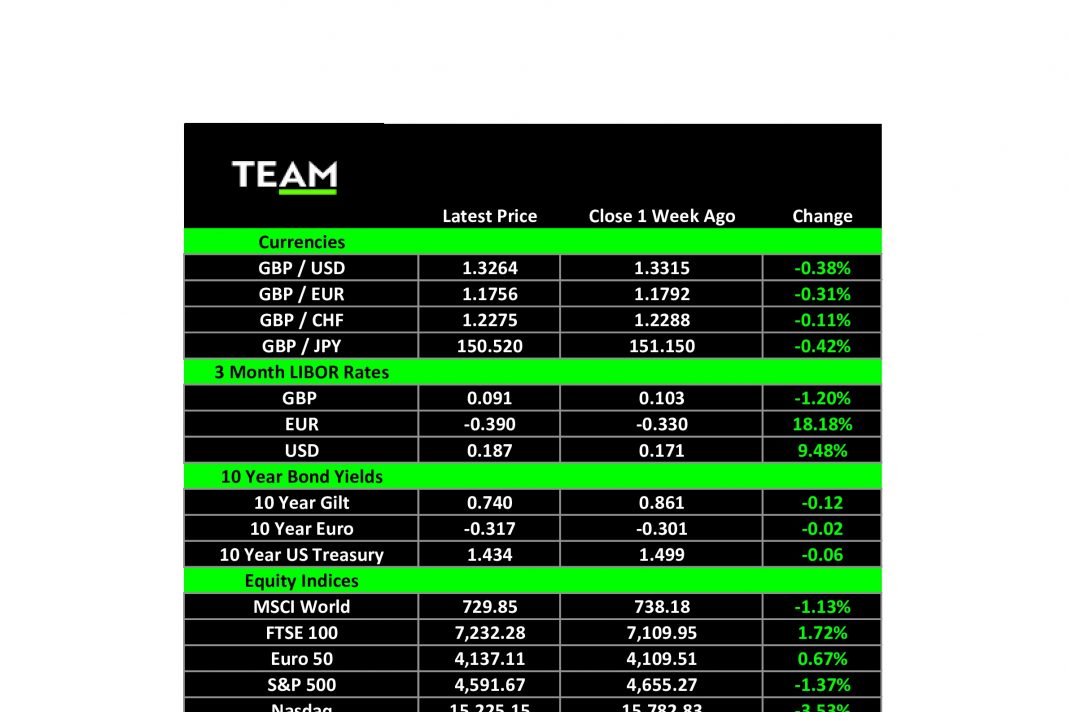 Most major stock indices fell by around 2-3% during the sudden sell-off, albeit that most also staged modest recoveries during the latter half of the week, brining fresh hope of the now traditional festive period rally investors have come to expect.

So rapid was this recovery in certain markets that UK and European indices registered positive returns over the 7-day period, outpacing US (and particularly US Technology) indices, which have thus far proved such stellar performers during 2021.

Other risk assets saw similar price volatility, crypto currencies selling off heavily on rumours of the unwinding of large leveraged positions in a number of major coins, and the regular re-emergence of certain politicians’ plans to regulate and tax the asset class in the future.

Testimony from US Federal Reserve Chairman Jerome Powell early in the week continued to weigh more broadly upon markets, as he indicated that the central bank was growing more concerned about the persistent nature of inflation.

Despite this more hawkish outlook, US treasury prices proved surprisingly resilient, 10 Year bond yields falling from 1.50% to 1.43% over the week as investors sought relief from stock market volatility.