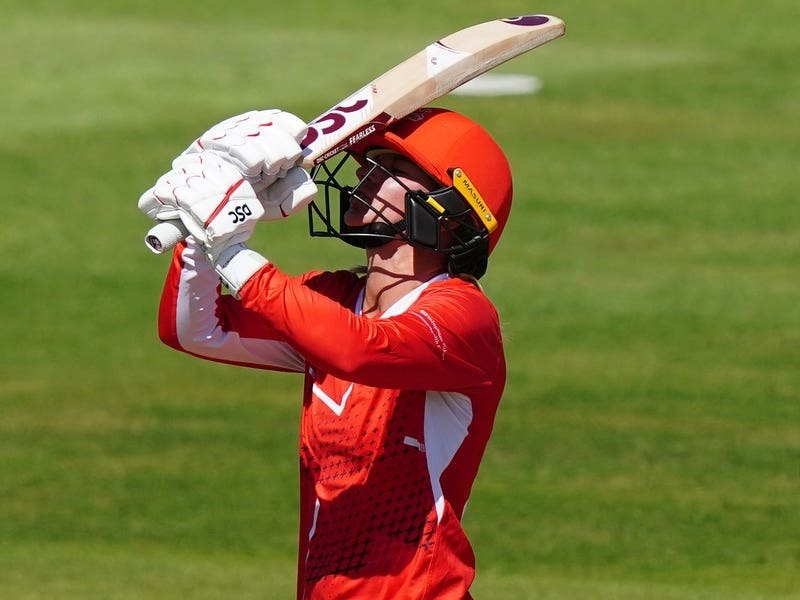 England’s bid for a Commonwealth Games gold medal was ended after they fell agonisingly short in a nerve-jangling run chase against India at Edgbaston.

Set 165, which would have been their highest successful T20 chase on home soil, England needed 12 from the last two balls but Maia Bouchier could only get a single off the penultimate delivery.

There was little in the way of consolation when Sophie Ecclestone cleared the rope off the last ball as England lost by four runs, with India into the gold medal match to face Australia, who overhauled New Zealand’s 144 for seven with five wickets and three balls to spare in Saturday’s second semi-final.

England and New Zealand must dust themselves off for their bronze medal showdown on Sunday morning, just three days after the tournament hosts thrashed the White Ferns in the group stage encounter.

“I’m gutted. It’s such a small margin game, T20,” said England captain Nat Sciver, who has been deputising as skipper for the injured Heather Knight during the Games.

“Any loss is tough to take, we obviously wanted to be in the gold medal match and hadn’t considered not (being in the final).

“It will be a tough afternoon, probably a few quiet people but playing for a medal is something we’ve wanted to do ever since we heard about the Commonwealth Games. We’ll be out in full force for that.”

England entered the knockout stages having won all six T20s this summer, including all three group games at a canter, but they were put under immediate pressure as Smriti Mandhana collected boundaries at will, registering 45 of India’s first 50 runs after they had won the toss.

They added six runs off the next three overs as England wrestled back the initiative, with Mandhana out for 61 off 32 balls when a ramp off Sciver’s off-cutter looped to short fine-leg. India captain Harmanpreet Kaur added a run-a-ball 20 before holing out but Jemimah Rodrigues was given a reprieve.

On 15, Rodrigues hit fresh air after advancing down the track to leg-spinner Glenn but wicketkeeper Amy Jones fumbled the ball and missed an easy stumping, with India’s number three clubbing an unbeaten 44 off 31 balls to lift India to a competitive 164 for five.

England raced to 58 for one after the powerplay, with Sophia Dunkley amassing a breezy 19 off 10 balls, but Alice Capsey was the first of three run outs after being sent back attempting a second, diving back into her crease but failing to ground her bat, while Danni Wyatt ushered on to her own stumps on 35.

Sciver and Jones consolidated as England reached 113 for three after 14 overs, identical to their opponents at the same stage, but the India spinners were consistently able to stifle the scoring rate.

Fourteen runs were needed off the last over but, with the tension rising, India off-spinner Deepti Sharma, who took one for 18 from a superb four overs, held her nerve as an England side containing seven players under the age of 25 subsided.

England head coach Lisa Keightley said: “We had a few nerves out there and we didn’t take our chances – dropped a couple of catches, missed a stumping and we were just a bit messy.

“With the bat we needed someone to kick on and put India under a bit of pressure. It is gutting to miss out on trying to get that first gold in the Commonwealth Games but it was a fantastic game of cricket.”

:: England seamer Katherine Brunt has been given an official International Cricket Council reprimand for breaching its code of conduct, relating to “use of an audible obscenity”. The incident occurred when Freya Kemp spilled a catch off Deepti Sharma in the 17th over of India’s innings.