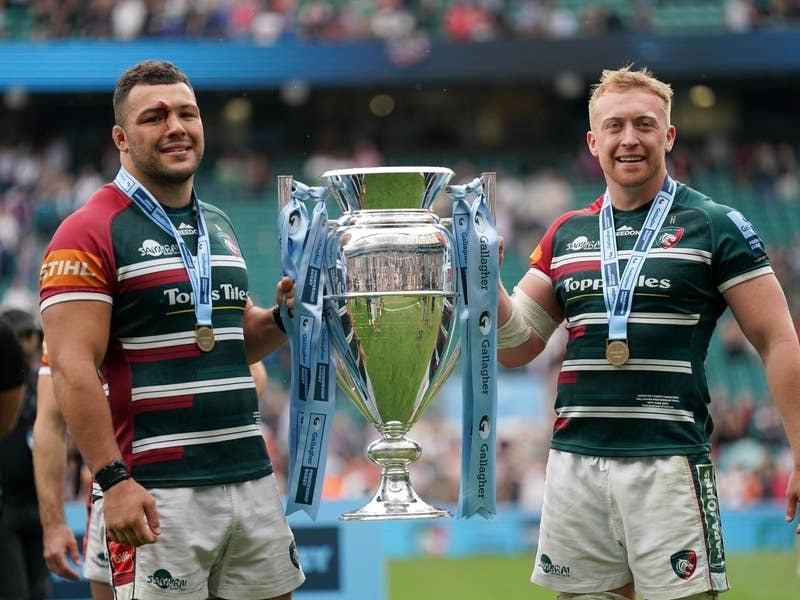 Wales boss Wayne Pivac believes that Tommy Reffell has “proven himself over time” after handing the Leicester flanker his Test debut against world champions South Africa.

Bridgend-born Reffell, who helped Tigers win this season’s Gallagher Premiership title at Twickenham, will line up in Pretoria on Saturday alongside back-row colleagues Dan Lydiate and Taulupe Faletau.

The 23-year-old’s outstanding displays in the Premiership were a key factor behind Leicester’s first title triumph for nine years.

“He has also been playing a lot of rugby recently, and a lot of our squad haven’t, so when we looked at selection we factored in the amount some players have or haven’t had.

“We are excited for him to get the opportunity. He has trained well and I know he is looking forward to it.

“He has been playing in a pretty strong competition week in, week out, and I think he has proven himself over time at that level.

“Now we think it is time to expose him, and he will learn a lot, I am sure.”

Lydiate and centre George North return to international rugby after more than a year away from the Test match arena because of serious knee injuries.

And Pivac has opted for Will Rowlands and Adam Beard as the second-row partnership, meaning 150 times-capped Alun Wyn Jones is on the bench.

Jones is joined among the replacements by fellow British and Irish Lions player Josh Navidi, with Tomos Williams providing scrum-half cover for Kieran Hardy, who has been elevated to the starting XV as captain Dan Biggar’s half-back partner.

“They have been missed. A year is a long time to be out, but they are both really excited and are bringing a lot of energy to training.

“I think George will get better and better as time goes on. It was a serious knee injury he’s had, and it has taken him a while to get back into the game.”

Wales have never beaten the Springboks in South Africa, losing all 10 previous encounters, and they open a three-Test series on the back of a shock home defeat against Italy.

Loftus Versfeld is a 50,000 sell-out and, due to the coronavirus pandemic, it will be the first time South Africa have played in front of a full home crowd since they won the World Cup in November 2019.

“I think everybody knows what we are coming into,” Pivac said.

“It is a massive challenge with the world champions in their own back-yard and two Tests at altitude. It is going to be a good test for us and it will show us exactly where we are.”

The Wales players, meanwhile, will wear black armbands on Saturday in honour of former Wales and British and Irish Lions captain Phil Bennett, who died just over two weeks ago.

He scored a try in the second Test at Loftus Versfeld, and Pivac added: “He has been a legend of the game, respected worldwide.

“It is just very sad for his family and for all Welsh fans to see Phil pass, and we will be doing our best to put on a great performance in memory of him.”