Susie Pinel was awarded a Royal Warrant in 2001, after repairing over 3,500 fire-damaged miniature pictures which date back to when King Henry VII reigned between 1457 and 1509.

Mrs Pinel had several meetings with the Queen, who was laid to rest at a state funeral on Monday. On one occasion Mrs Pinel attended a garden party at Buckingham Palace.

The work of restoring the portraits was such a high-security task, the Royal Family ensured that Mrs Pinel travelled to meet the Queen in an armoured vehicle.

During the plane journey to the UK, the box of portraits was handcuffed to Mrs Pinel and an extra seat had to be booked on the flight.

Mrs Pinel said of her experience of meeting the Her Majesty: ‘The Queen was very eloquent on her knowledge of miniatures and very easy to talk to. She was absolutely charming on every occasion. 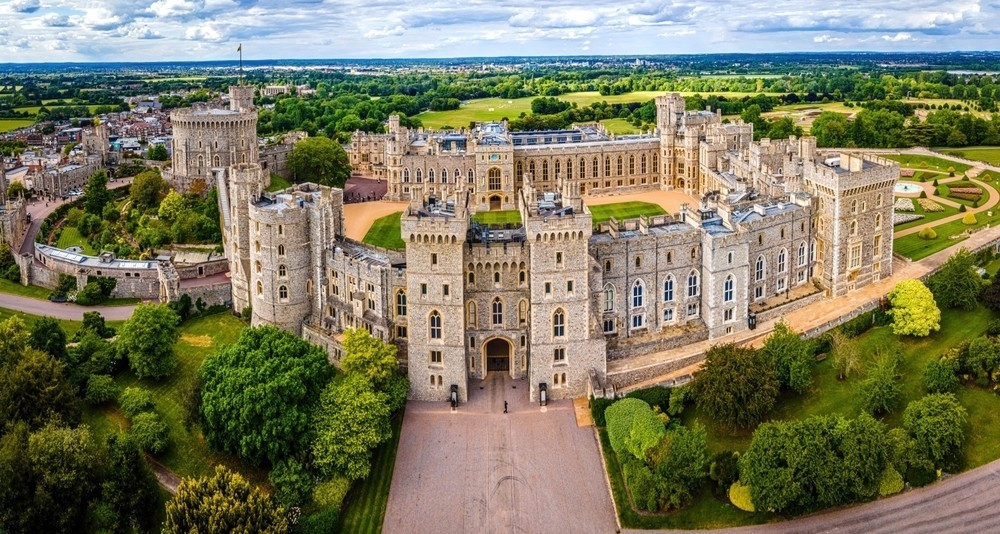 ‘Most of our chats were related to work. The Queen knew about miniatures and knew that many were painted in watercolour.

‘Once I had worked on the miniatures, the Queen asked me to do reports on them.’

There are only around 800 Royal Warrant holders. According to the Royal Family website, a warrant is earned as a mark of recognition by people or companies who have regularly supplied goods or services to the monarch.

Mrs Pinel added: ‘I’m really privileged to have had the warrant. It’s not something that I’ve spoken about much.’

Despite being part of an exclusive group of people, Mrs Pinel adopted a humble attitude towards the warrant.

She added: ‘Years ago at a party in Jersey I was introduced to someone who also had a Royal Warrant.

‘My husband then piped up and said I also had a warrant.

‘I didn’t really want to talk about it, but it’s not that I wasn’t proud.’

Mrs Pinel’s art restoration work for the Royal collection lasted for 11 years, before she entered the world of politics, from which the former Treasury Minister and Deputy of St Clement retired this year.