FINAL preparations are under way for the Battle of Flowers this Thursday as organisers get ready to celebrate the event’s 120th anniversary.

There are just a few days to go before the Bailiff, Sir Timothy Le Cocq, will signal the start of the parade with the words ‘let Battle commence’.

A total of 22 floats are expected to take part in this year’s event – the previous two having been cancelled due to the pandemic – featuring a variety of themes, including Alice in Wonderland and Mary Poppins, and there will also be a mix of entertainment and musical performances.

The gates will open at 1pm, with the parade starting at 2.30pm and finishing at around 4.30pm – following a performance by pyrotechnical aerial display team Aerosparx and the announcement of the major prize winners. 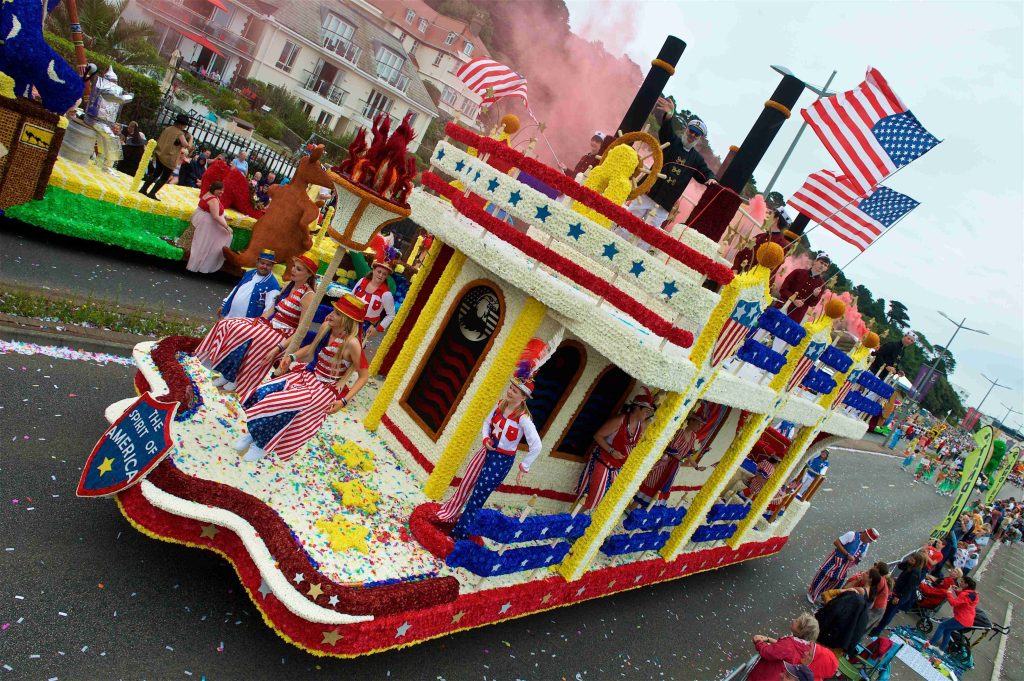 Event organiser Jackie Donald said: ‘We are really excited to be welcoming everyone back to the Battle of Flowers this week, especially as we will also be celebrating our 120th anniversary.

‘The final preparations are well under way and we can’t wait to see all of the floats and performances return after the absence caused by the pandemic. But, to avoid disappointment or long queues on the day, we’d really encourage you to book your tickets, including entry-only ones, in advance of the day.’

After Thursday’s parade the floats will return to Millbrook playing fields and will be available for the public to view on Friday, as exhibitors prepare them for the Moonlight Parade, which is due to begin at 9pm that evening.

Friday’s proceedings will conclude at around 10.30pm with the traditional fireworks finale and another performance from the Aerosparx display team.

Owing to the warm-weather forecast, organisers are advising spectators and participants to ensure they are properly hydrated, wear hats and sunscreen, and are also recommending the use of insect repellent. Free water stations will be available for anyone who wishes to fill up their bottles. Those planning to attend are being encouraged to take a lateral-flow test beforehand.