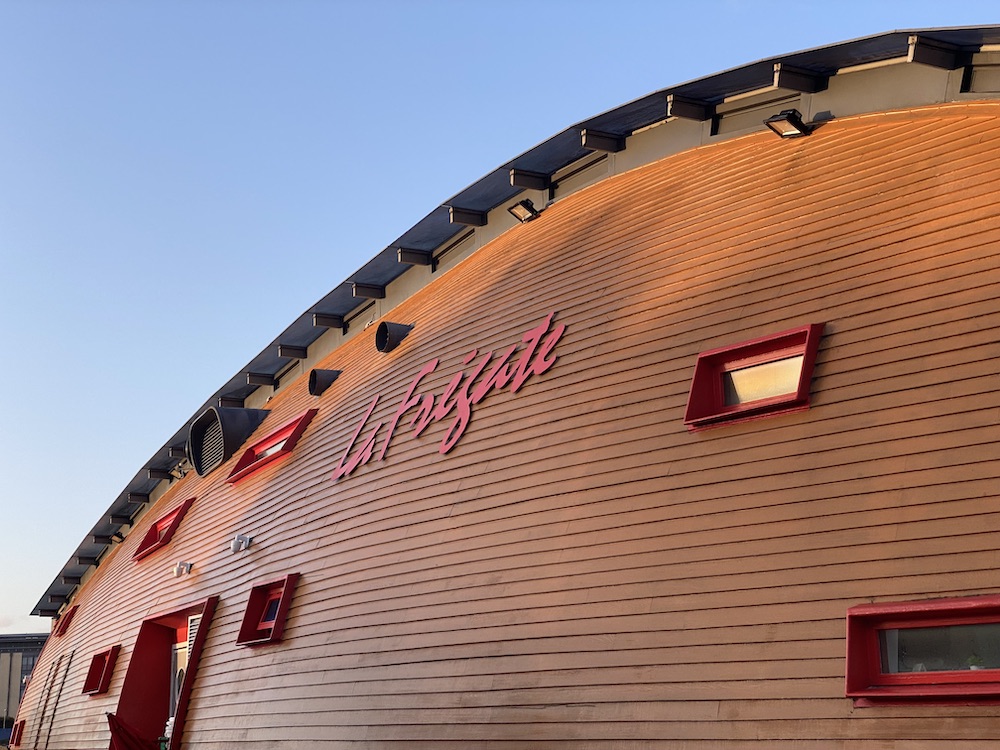 ISLANDERS are being urged to support a move to make La Frégate Café a listed building after a similar public campaign in the UK helped to preserve a Swindon leisure centre.

The Waterfront café is under threat as part of major plans from the Jersey Development Company to redevelop the area. Their proposals include removing the café so that the sea wall and nearby land levels can be raised to protect the Jardins de la Mer area from flooding.

However, the Twentieth Century Society is leading calls to give the building listed status and has urged the public to throw their support behind the campaign. The UK charity – which has led a number of projects to preserve buildings with architectural significance – has applied for La Frégate to have listed status.

The café was built in 1997 and is one of the earliest works by Stirling-Prize-winning architect Will Alsop.

The government is currently deciding whether it should be listed and Oli Marshall, campaign manager for the Twentieth Century Society, has asked Islanders to support the initiative.

He said: ‘We have seen so many campaigns that have been in the balance but ultimately one of the things that has tipped it has been public support. It is difficult to say whether that directly affects a decision to list a building but the atmosphere around a project is certainly difficult to ignore.’

Mr Marshall described how a similar campaign had saved the Oasis Leisure Centre in Swindon, a facility that is known for having been the inspiration behind the name of rock-Britpop band Oasis. The leisure centre was awarded grade-two listed status in December following a wave of public support – including the formation of a ‘Save Oasis Swindon’ community group to protect it from redevelopment.

Commenting on the public reaction to the La Frégate café campaign, Mr Marshall added: ‘It is certainly a project that has attracted more interest than most in terms of engagement on social media and it was also picked up by a few news outlets. Of the feedback I have seen it has, overall, been in favour of keeping or relocating the café – although it is worth noting that a lot of the people that follow and engage with us are planners and practising architects.

‘Just because La Frégate café is not a couple of centuries old doesn’t mean we shouldn’t try to save it. The architecture of today is the heritage of tomorrow.’

A government spokesperson said: ‘This matter is being progressed in accordance with the prescribed process for listing, which needs to be followed before the matter is determined.’

Mr Marshall said: ‘It can be quite a lengthy process unless something is under immediate threat and the bulldozers are about to move in – sometimes that spurs a quick response but often it can take many months or in some cases, years.’

He added: ‘I think it is good that it is something they are reviewing and that they are assessing its heritage value. It is not an indicator of what the outcome will be, it just shows that they are going through that process.’