Small-screen return for The Real Housewives of Jersey 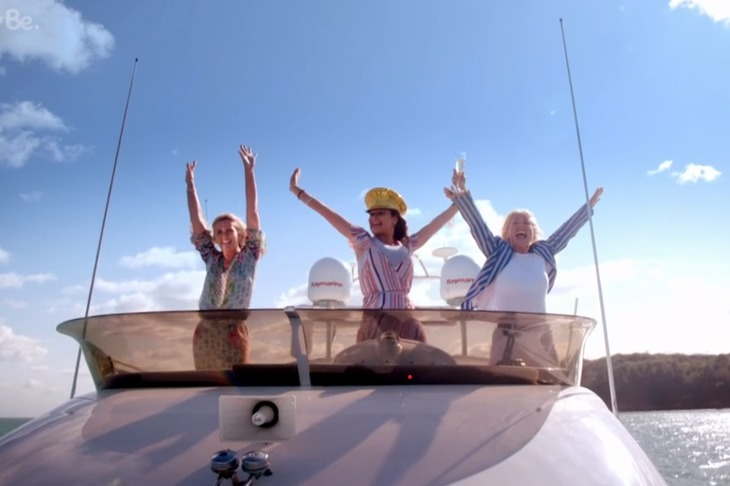 Some said that its footage of the Island would help put Jersey on the map.

But others argued that it painted residents in an unrealistic or bad light.

Regardless of what the public thought, one of the Channel Islands’ most talked about reality programmes – Real Housewives of Jersey – will once again hit TV screens on 27 December.

Viewers will notice a few changes in series two, with two of the show’s original stars – Jane Rayner and Hedi Green – not due to appear in the main cast and two new members, Sarha Courtnay (36) and Karen Loderick-Peace (46), due to take their places.

According to promotional material published by ITV, Mrs Courtnay recently moved to the Island with her partner, Mike, and the couple have plans to
build a ‘property and business empire’ in Jersey.

Mrs Courtnay is reportedly planning to set up her own aesthetics clinic and ‘feels strongly that people should be able to change what they want about themselves without judgment’.

Mrs Loderick-Peace lives in St Brelade with her three children and husband, Jeremy, the former owner of West Bromwich Albion Football Club. They moved from London’s Knightsbridge to Jersey five years ago.

Originally from Jamaica, the Islander says she is considering starting her own clothing label, having previously studied at the London School of Fashion.

The rest of the cast of the first series, Tessa Hartmann, Ashley Cairney, Kate Taylor, Margaret Thompson and Mia Ledbury, are all due to return.

The Real Housewives franchise began in 2006, when it gave an insight into the lives of a group of women living in Orange County, California. Several successful subsequent versions were filmed in various parts of the US, including New York and Beverly Hills, before the show made its way to British shores in 2015 with the Real Housewives of Cheshire.

A synopsis for the first Jersey series of the show said: ‘Seven glamorous Jersey housewives make their debut, showcasing their lavish lifestyles. With a mixture of fun, drama, conflict and glamour, insight is given into the lives of these refined housewives and their families.

‘The unique landscapes of Jersey provide the backdrop for all of the glamorous goings on, with its calm and natural beaches as well as its high-class party venues.’

The new series of The Real Housewives of Jersey starts on Monday 27 December at 9pm on ITVBe, with the entire series available online on the ITV Hub on the same day from 7am.