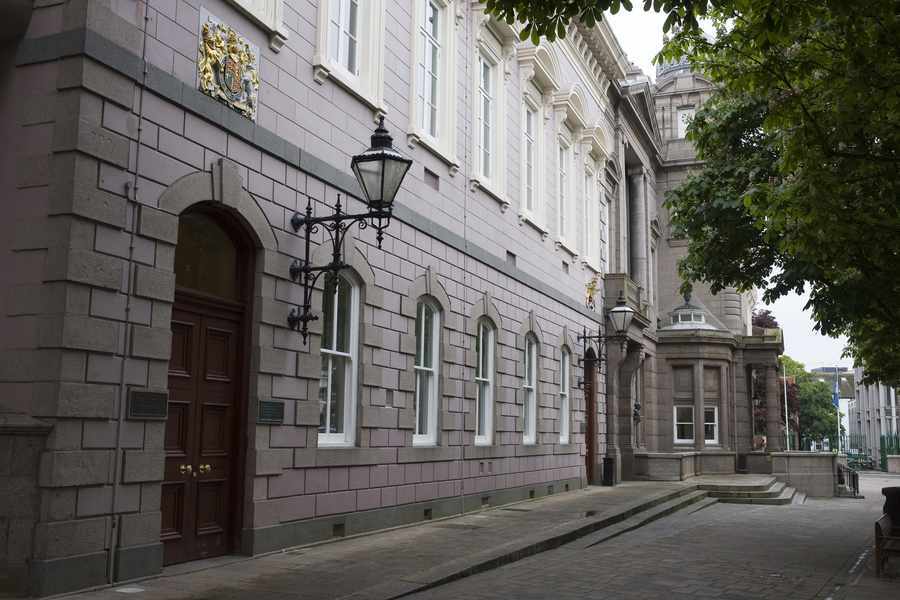 Upon realising her mistake, Keeley Charlotte O’Brien (35) fled the apartment but returned later that day to apologise before handing herself in to police.

She appeared in the Royal Court yesterday where she admitted charges of illegal entry, malicious damage and disorderly conduct. She was told the offences would usually carry a jail sentence but she was spared prison due to the ‘exceptional mitigation’ in her case and instead received an 18-month probation order.

The court heard that on 13 June, O’Brien’s car had been set on fire outside her home. Crown Advocate Richard Pedley, prosecuting, said: ‘The motivation behind it is unknown.’ O’Brien believed another woman was responsible and in the early hours of 18 June – having drunk 12 cans of lager – she went to where she thought the woman lived, intent on damaging her property in revenge.

A couple and their five-yearold son were asleep inside the flat when O’Brien arrived.

The Crown Advocate said: ‘At 2am the man was woken by sounds of crashing and banging.

‘There is no doubt it was a potentially terrifying experience.’ O’Brien then realised she was in the wrong flat and fled. Three computer monitors had been smashed, causing £422.88 worth of damage.

At 12.50pm that afternoon, O’Brien went to confront the woman who she believed had torched her car. ‘She was shouting and swearing and threw a plastic bottle of Lucozade at the woman. The woman was left terrified and in tears,’ Advocate Pedley said.

This incident formed the basis of the disorderly conduct charge. The court heard that O’Brien went back to the flat she had entered and apologised and offered to pay for any damage she had caused.

She then went to the police station and handed herself in at 2.20pm. The Crown Advocate said O’Brien had 12 previous convictions for 28 separate offences, although most dated back many years.

She was considered at moderate risk of reoffending. He asked the court to impose a 19-month prison sentence.

Advocate Adam Harrison, defending, said O’Brien accepted she had had too much to drink on the night in question.

He added: ‘She spent a sleepless night thinking about what she had done, and resolved to go to the flat and apologise. She subsequently went to the police station and handed herself in. ‘

Miss O’Brien’s approach is unusual and, we would submit, exceptional mitigation.’ The Advocate also said that O’Brien had had ‘difficulty in her formative years’ but pointed out: ‘It is to her credit that she has managed to turn her life around. ‘

She has a poor record as a young offender but there is clear evidence of good behaviour as an adult.’ Deputy Bailiff Robert MacRae, presiding, told O’Brien that the offences would usually result in ‘a custodial sentence of some length’, and added: ‘The fact that you thought you were entering someone else’s property is no mitigation.’

But he also said: ‘It is to your significant credit that you apologised to the householder, offered to pay compensation and handed yourself in to police within 12 hours of the offences.’ Jurats Collette Crill and Elizabeth Dulake were sitting

Robert Jenrick calls for insurance hike he approved to be postponed