Co-op Trinity store is ‘most energy-efficient’ 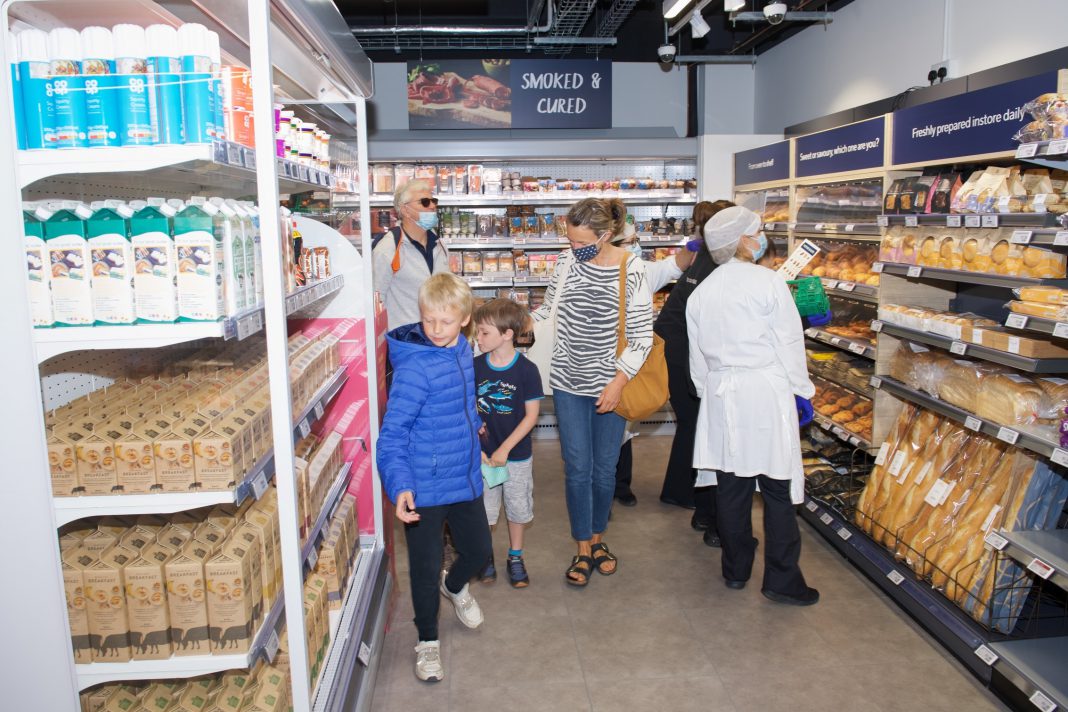 The new Co-operative branch in Trinity, which has created eight new jobs, incorporates solar panels and a heat exchanger to provide hot water for the entire site, including three new on-site flats being offered to employees.

The shop covers an area of 3,500sq-ft and will stock around 5,000 product lines. There are 28 parking spaces at the site, a six-pump petrol station and two charging points for electric vehicles.

A new bus shelter, designed by Art Metal’s Neil McKenzie and Axis Mason’s Siobhann Macleod, has also been installed next to the car park. The structural engineering for the shelter was carried out by T&G Structural Engineers, the architecture by Axis Mason and the steel fabrication for the project by Mr McKenzie, Joseph Evans and Philip Guy.

Chris Clifford of Private and Public acted as a public art consultant.

He said: ‘Over my 44-year career at the society I have seen many stores open, but this will certainly be one to remember.

‘The new store is truly remarkable and shows how far the Society has come through its dedication to the environment.’

Kevin Mowatt, head of trading for the society, managed the design of the development.

He added: ‘We are really proud to have achieved the most efficient food store on the Island. We constantly strive to improve our sustainability and the enhancements made to this development have made it 20% more efficient than the last store we opened. It has shown us what is possible for our stores and has set a standard for future developments.’

In addition to the eight new jobs, 13 staff members from the former Sion store have been offered positions in the new shop. It will be open from 7am to 9pm seven days a week.