Archaeologists have analysed ancient markings made on a group of flat stones, known as plaquettes, after they were uncovered in the south-east of the Island between 2014 and 2018.

It is believed the fragments found at Les Varines represent the earliest examples of engraved stone plaquettes found in the British Isles and Ireland, seemingly pre-dating the cave art and engraved bone at Creswell Crags in Derbyshire.

Dr Ed Blinkhorn, senior geoarchaeologist at University College London and director of excavations at the site, said: ‘The plaquettes were tricky to pick apart from the natural geology at the site – every stone needed turning. Their discovery amongst hearths, pits, paving, specialist tools, and thousands of flints shows that creating art was an important part of the Magdalenian pioneer toolkit, as much at camp as within caves.’

The markings, which could potentially be 15,000 years old, were studied by a team of archaeologists from Newcastle University, the Natural History Museum and University of York and are believed to have been made by the Magdalenians, an early hunter-gatherer culture dating between 23,000 and 14,000 years ago.

The Magdalenian era saw a flourishing of early art, including cave art and the decoration of tools and weapons in addition to the engraving of stones and bones. 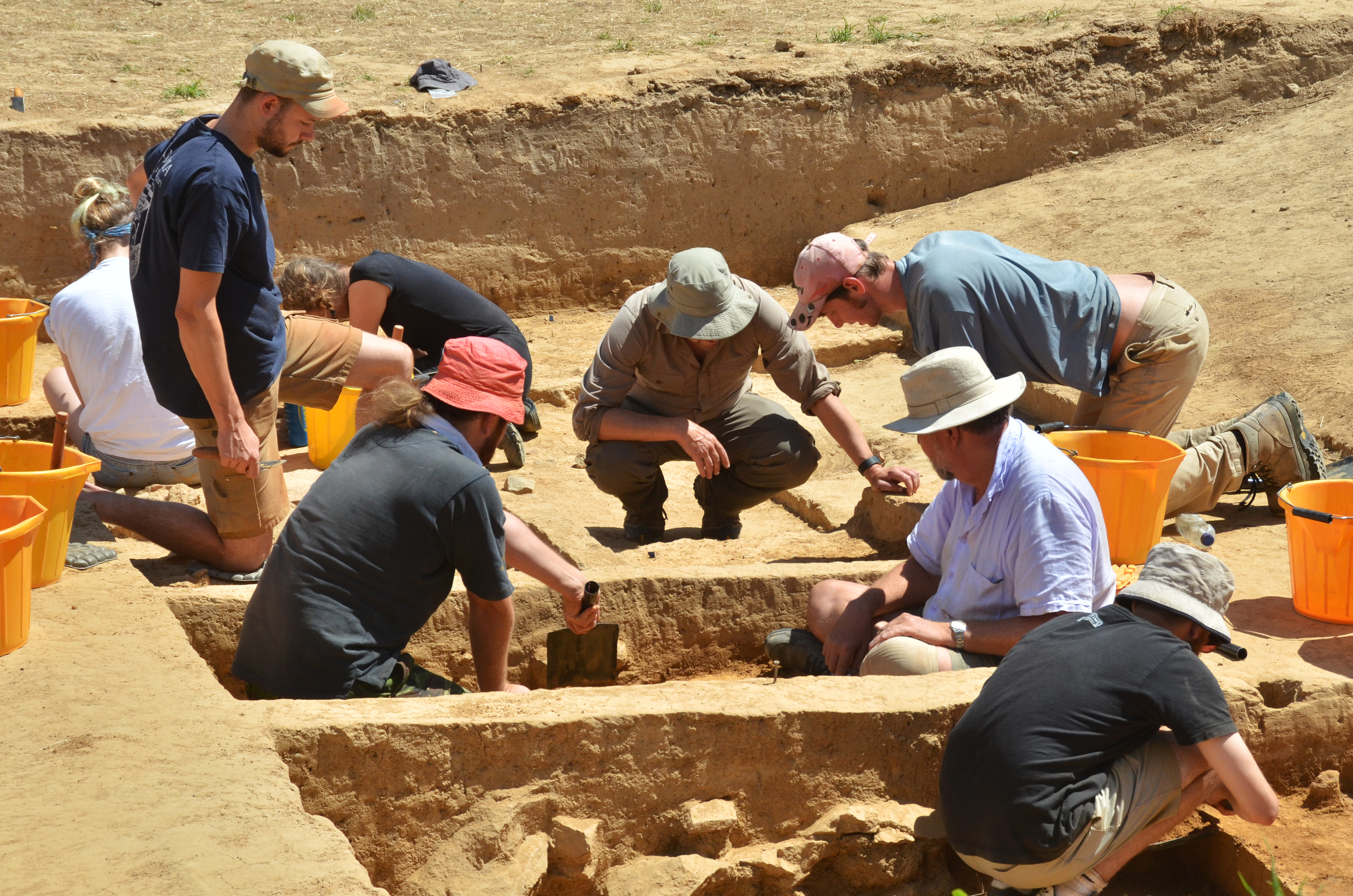 Dr Silvia Bello, researcher at the Natural History Museum, London, added: ‘Microscopic analysis indicates that many of the lines, including the curved, concentric designs, appear to have been made through layered or repeated incisions, suggesting that it is unlikely that they resulted from the stones being used for a functional purpose. The majority of the designs are purely abstract, but others could depict basic forms such as animals, landscapes or people. This strongly suggests that the plaquettes at Les Varines were engraved for purposeful artistic decoration.’

The research was a collaborative effort stemming from the Ice Age Island project, funded by Jersey Heritage, the British Academy, the Society of Antiquaries and the British Museum – Jersey Heritage hopes that the stones will be returned to Jersey before the end of the year so that they can be put on display.