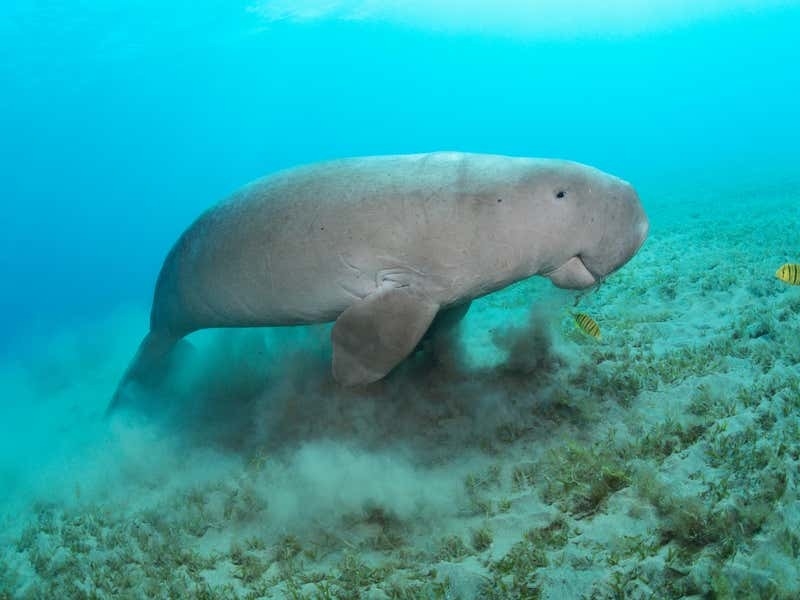 Marine wildlife from dugongs to corals faces a “perfect storm” of damaging human activity, conservationists warned as they unveiled the latest list of species at risk of extinction.

The International Union for Conservation of Nature’s (IUCN) latest update to its Red List of Threatened Species warns a barrage of threats is destroying sea species.

They include illegal and unsustainable fishing, pollution, climate change and disease, the conservationists said.

Overall, 28% of the more than 150,000 species of plants, animals and fungi across the world’s land, freshwater and seas assessed for the Red List are considered to be under threat, classed as critically endangered, endangered or vulnerable to extinction.

“As the world looks to the ongoing UN biodiversity conference to set the course for nature recovery, we simply cannot afford to fail.

“We urgently need to address the linked climate and biodiversity crises, with profound changes to our economic systems, or we risk losing the crucial benefits the oceans provide us with.”

The Red List update shows dugong populations in East Africa are now listed as critically endangered – just one step away from extinction.

In New Caledonia, in the Pacific, the population of under 900 dugongs is now considered endangered, with seagrass lost to agricultural run-off, pollution from nickel mining and coastal development, and damaged by boat anchors.

The species of herbivorous marine mammal remains vulnerable to extinction globally, with climate change affecting them throughout their range.

They are sold as some of the world’s most expensive seafood, with unsustainable extraction and poaching compounded by climate change, disease and pollution, the conservationists said.

In South Africa, poaching by criminal networks – many of which are connected to the international drugs trade – have devastated populations of endangered perlemoen abalone, the IUCN said.

Increasingly frequent and severe marine heatwaves have caused mass mortalities, killing 99% of Roe’s abalones in its most northerly reaches of Western Australia in 2011.

Marine heatwaves have also exacerbated abalone disease worldwide, including for the vulnerable green ormer, found from the English Channel to North West Africa and the Mediterranean.

Dr Howard Peters, member of the IUCN’s mollusc specialist group and from the University of York, said: “Abalones reflect humanity’s disastrous guardianship of our oceans in microcosm: overfishing, pollution, disease, habitat loss, algal blooms, warming and acidification, to name but a few threats.

“They really are the canary in the coalmine,” he warned as he urged people to eat only farmed or sustainably sourced abalone.

Enforcing fishing quotas and anti-poaching measures is also critical, while changes to ocean chemistry and temperature is needed to preserve marine life including abalones over the long term, he said.

The coral’s population has shrunk by more than 80% over most of its range since 1990, with the most urgent threat coming from the newly emerged and highly contagious stony coral tissue loss disease which can infect 100 metres of reef a day.

Bleaching caused by warmer seas, fertilisers, sewage and antibiotics have weakened corals and put them more at risk of disease, while overfishing has damaged the balance of reefs and put more pressure on coral, the IUCN said.

Professor Amanda Vincent, chair of the IUCN’s marine conservation committee said: “These magical marine species are treasured wildlife, from the wonderful abalone to the charismatic dugong and the glorious pillar coral, and we should safeguard them accordingly.

“It is vital that we manage fisheries properly, constrain climate change and reverse habitat degradation,” she urged.