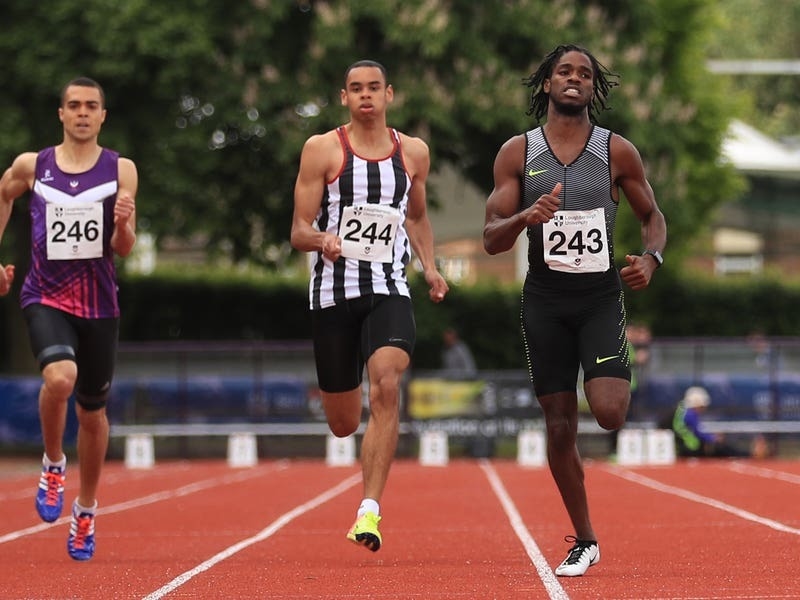 A complaint has been made over the second police stop of Portuguese sprinter Ricardo Dos Santos and the matter has been referred to the police watchdog.

Mr Dos Santos was stopped in west London in the early hours of Sunday, when the Metropolitan Police said officers thought he was using his phone while driving.

The athlete posted dashcam clips of the incident on Twitter, expressing annoyance and accusing the force of over-policing due to the presence of seven armed officers.

In a statement on Monday, the Metropolitan Police said: “We have now recorded this matter as a public complaint.

“We have also referred it on a voluntary basis to the Independent Office for Police Conduct (IOPC), recognising the public interest.

“We await their views on how they may wish to take this forward.”

The IOPC said it was assessing the available information before it decided what to do.

Options include telling the force to investigate, or launching its own independent inquiry.

Mr Dos Santos and his partner, Bianca Williams, a Team GB athlete, were previously stopped while driving with their baby in Maida Vale, west London, two years ago.

An acting police sergeant and four police constables are all facing gross misconduct disciplinary hearings over the incident, that saw the couple handcuffed and details of their baby stored on a police database.

Ms Williams accused the force of racially profiling them.

In the latest stop, Mr Dos Santos posted footage of a police car stopping in front of him and flashing its blue lights, after which the athlete drove around the vehicle and pulled over some minutes later.

A second clip showed a police officer running up to Mr Dos Santos’s car door and drawing his baton, apparently preparing to smash the window.