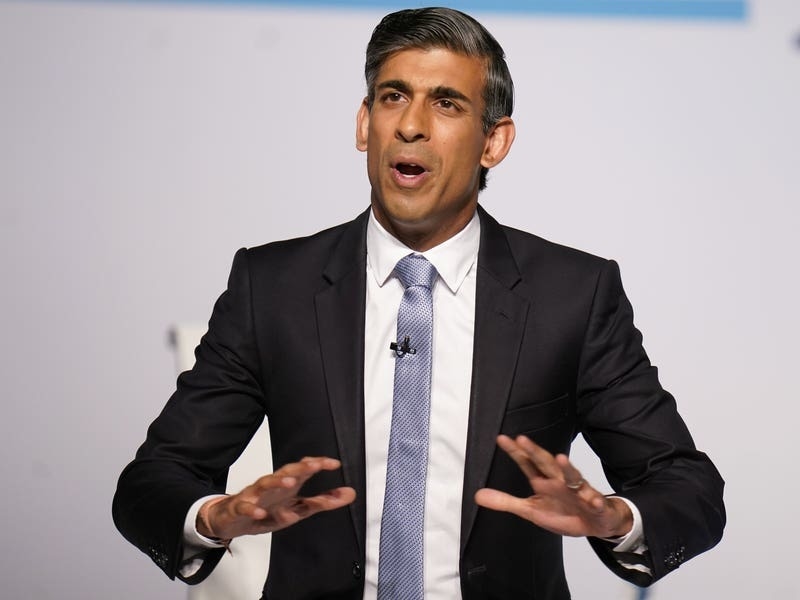 Rishi Sunak has unveiled a “three-part plan” to ease the pain of soaring energy bills as he promised to “provide the support required to the people who need it”.

Following a dire new warning that energy bills could top £5,000 by the spring, the former chancellor said his plan consisted of “support for the most vulnerable, support for pensioners and some support for everyone”.

Writing for The Times, Mr Sunak said the first part of his plan involved using the welfare system to get money out quickly to those who need it the most.

“Having explored all options, I know this is the quickest, most effective, targeted way of getting support to these groups of people,” he said.

Mr Sunak said all households could expect a roughly £200 boost from his VAT reduction on energy bills.

The second part of the plan involves identifying and targeting the scale of support needed, with expectations that soaring energy costs could see households £400 to £500 worse off than when Mr Sunak announced his previous support package in May.

Thirdly, the politician said he would “drive a programme to identify savings across Whitehall” in order to pay for his support scheme, which The Times said would cost around £10 billion.

“That may mean we have to stop or pause some things in Government, because Government is about tough choices,” he said.

“But we must find these savings because getting people through this winter has to be the first priority.”

“The fact is we have days and weeks to act before millions of Britons are left struggling with unaffordable bills,” he said.

“I have set out my plan. It’s here in black and white.

“I call on those rejecting my tried-and-tested method to set out in detail how they would get help to those that need it in time before their bills need paying.”