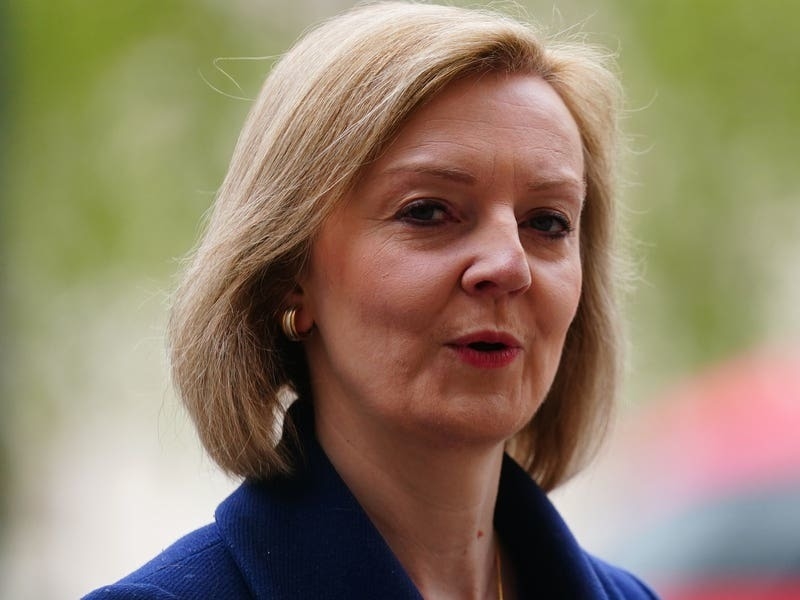 The Foreign Secretary has distanced her officials from any major involvement in the Government’s Rwanda asylum policy.

Liz Truss faced questions about the role of her department in the controversial asylum scheme during an appearance at the Foreign Affairs Committee, but stressed that ultimate responsibility lay with the Home Office.

Rwanda’s human rights record is high among the concerns about the £120 million economic deal, with no one-way flights for migrants yet to take off thanks to legal challenges.

Ms Truss told MPs: “My understanding is that would be led by Home Office officials, rather than FCDO officials.”

Ms Truss gave her full backing to the policy, but indicated that Foreign Office officials or diplomats will play a minimal role in implementing the scheme in the Rwandan capital of Kigali.

“We provide diplomatic support, but we wouldn’t be providing that type of oversight,” she told MPs.

Asked if Home Office officials would be managing the scheme on the ground in Kigali, Ms Truss said: “The partnership was signed by the Home Secretary with her counterpart in the Rwandan government.”

“This is a Home Office policy, which we are working with the Home Office to deliver in Rwanda,” she added.

Her answers raised eyebrows among some committee members, who wondered aloud about the limited role apparently being played by the Foreign Office.

“The Foreign Office is a department that delivers in certain areas, particular in international development. But we have other delivery departments, such as the Home Office, who are the experts on dealing with migration,” Ms Truss said.