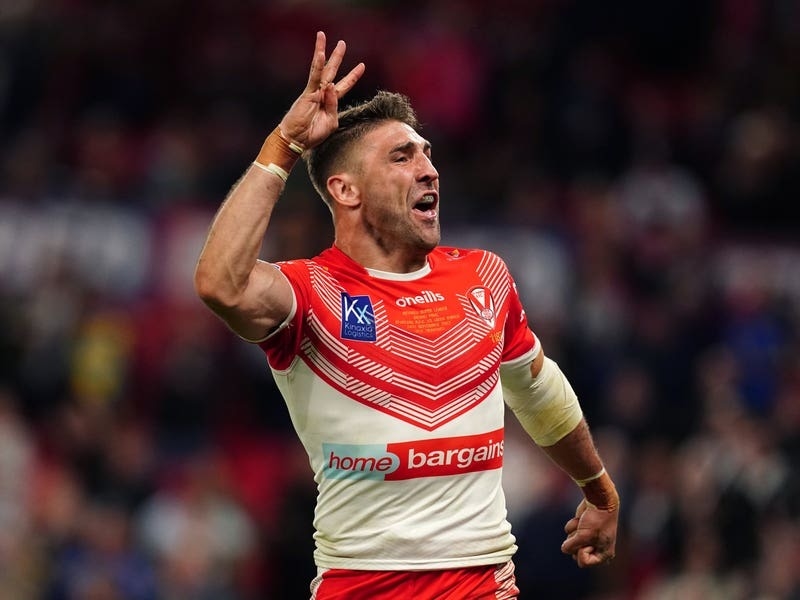 St Helens secured their place in history and rubber-stamped their status as the most successful team in the Super League era with a fourth consecutive Grand Final triumph.

The reigning champions’ 24-12 victory over Leeds in front of a 60,783 crowd at Old Trafford earned them a record ninth Grand Final win and enabled them to send Kristian Woolf out on a high as the first coach to win three successive Grand Finals.

Having become the first team to win four in a row, Saints will now set their sights on Wigan’s pre-Super League record of seven successive title triumphs from 1990 to 1996 and, with the likes of impressive young guns Jack Welsby and Jon Bennison in their line-up, who is to say they cannot surpass it?

Second bottom of the table in April, Leeds had produced an astonishing turnaround in fortunes to reach a 14th Grand Final but this was a game too far for Rohan Smith’s men.

The champions were boosted by the presence of loose forward Morgan Knowles after his club successfully overturned his two-match ban but he took a back seat as half-backs Welsby and Jonny Lomax ran the show after Ignatius Paasi and Matty Lees had set a strong platform up front.

St Helens were well on their way to a 12th successive win over Leeds courtesy of the fastest try in a Grand Final and were good for their 12-0 lead before Leeds began a brief fightback with captain Kruise Leeming’s try on the stroke of half-time.

Saints could hardly have made a better start, with man of the match Lomax opening up the Leeds defence to get Lees over for the opening try with a little over two minutes on the clock.

Tommy Makinson converted both tries for a 12-0 lead before putting a penalty wide but the introduction of Leeming injected urgency into the Rhinos’ attack.

Centre Liam Sutcliffe was thrown back from the line but there was no stopping Leeming just before the break when he took Smith’s pass and twisted out of the tackle from James Roby and Lees to score his side’s first try.

Saints temporarily lost Lees with a head knock on 51 minutes but they moved an inexorable step towards victory shortly afterwards when Welsby threaded a kick through the Leeds defence for centre Mark Percival to score their fourth try.

Makinson added both goals to stretch his side’s lead to 24-6 but Leeds ensured there would be no rout as they turned on the style in the final quarter.

The powerful Martin was held up over the line on 65 minutes but five minutes later finished off a break by winger Tom Briscoe to score his side’s second try, to which he added his second goal to wrap up the scoring.