Wasps set off-field issues aside to claim victory at Bath 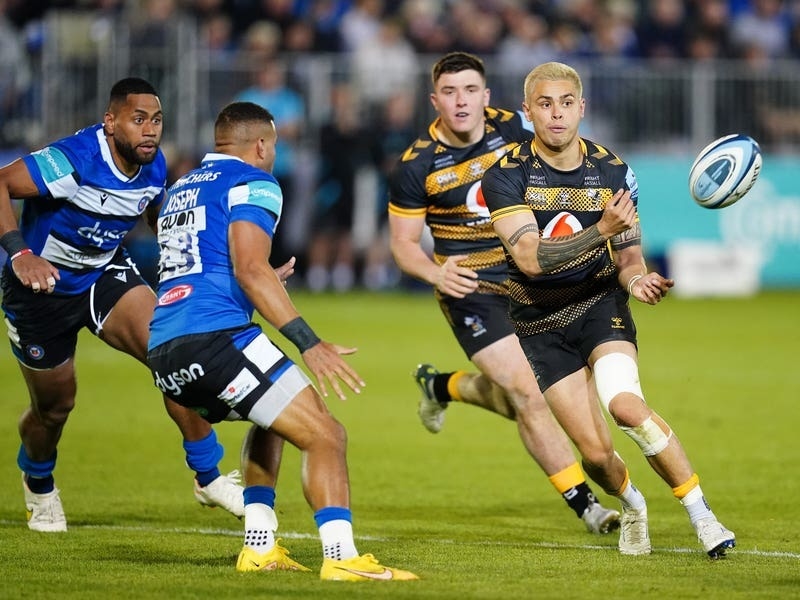 Wasps temporarily put their off-field troubles to one side as they ended a fraught week by beating Gallagher Premiership opponents Bath 39-31 at the Recreation Ground.

Bath finished bottom of the Premiership last term, yet they pushed Wasps to the limit, threatening to wipe out a 29-point deficit through an outstanding second-half display, but the visitors held on.

Wasps went into the game after filing a notice of their intention to appoint an administrator with the High Court.

While confident they will secure the finance needed to prevent administration, failure to do so could result in automatic relegation from the Premiership.

Against that backdrop, though, Wasps defied the odds as they stormed ahead through first-half tries from wing Josh Bassett, flanker Jack Willis and scrum-half Will Porter.

Wasps secured a bonus point midway through the third quarter when Bassett collected his second try, and Bath looked down and out.

But a Tom Dunn try double and Jonathan Joseph touchdown, with Bailey adding one conversion and Piers Francis two, set up a pulsating finish, before Francis and Umaga kicked late penalties.

Dunn captained Bath in the absence of scrum-half Ben Spencer, who suffered concussion during last weekend’s home defeat against Sale Sharks, with full-back Tom de Glanville ruled out by a hamstring issue.

Umaga returned from injury to line up at full-back for Wasps, while Francois Hougaard featured on the wing and hooker Dan Frost gained a first start of the season.

Wasps absorbed early Bath pressure as the home side looked to bounce back from losing to 14-man Sale, before moving into their stride as Umaga kicked an 11th-minute penalty.

Bath flanker Chris Cloete, a summer signing from Munster, limped off to be replaced by Josh Bayliss, while Hougaard also exited early, with Zach Kibirige taking over.

Wasps claimed the game’s opening try 15 minutes before half-time, and it was an outstanding team score, started by centre Sam Spink’s half-break and ended when Bassett finished brilliantly after gathering Umaga’s floated pass.

And a third try in five minutes arrived after slick approach between Umaga and centre Burger Odendaal saw Porter sprint clear to score. Umaga’s conversion made it 25-0.

Bath managed a response before the break through a smart finish by Gallagher, and Bailey added the extras, but Umaga booted two more penalties to give Wasps a 24-point interval advantage.

And as Bath struggled to regroup, relentless pressure was rewarded through a second try for Bassett, putting the visitors seemingly out of sight.

Dunn crashed over for a second Bath try, converted by Bailey, and after Willis was sin-binned for a high tackle, a third home try arrived for Joseph before Dunn claimed his second touchdown.

A Francis penalty brought Bath to just five points adrift after they punished Willis’ indiscretion, yet Wasps had just enough in the tank as Umaga’s late three-pointer sealed it.