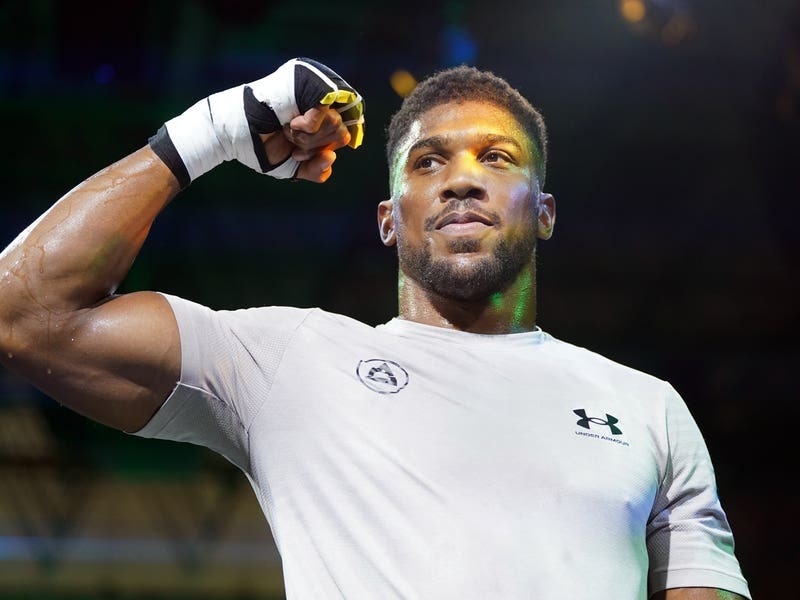 Anthony Joshua accepts his career is on the line when he faces Oleksandr Usyk in Saturday’s world heavyweight title rematch in Jeddah.

A fight delayed by Russia’s invasion of Usyk’s native Ukraine will see Joshua attempt to reclaim the WBA, IBF and WBO belts he lost to his rival on a passive night at Tottenham Hotspur Stadium almost a year ago.

That decisive points decision registered his second professional defeat, having been stopped by Andy Ruiz Jr in 2019, and another setback would place him on the periphery as Usyk and Tyson Fury battle it out as the division’s elite.

“Everything is at stake. It’s a big fight, it’s a big night,” Joshua told the PA news agency.

“The heavyweight championship of the world is on the line, so it’s big. It’s a must win because I don’t want to walk away. Let’s get the job done.

“Being underdog is fun because the pressure has challenged me a lot. When I was winning, boxing’s great and life is good.

“A lot of people get knocked down when it doesn’t go well and then the challenge is to bring themselves back up to where they were.

“I always stay in good spirits, so the challenge for me has actually been to elevate my spirits past where I was, that’s where the true struggle is.”

Joshua’s gameplan of outboxing southpaw technician Usyk in their first meeting was ill-conceived and, with new trainer Robert Garcia now in his corner at the expense of Robert McCracken, a more aggressive approach is expected.

Amid calls for an all-out assault and a return of the spite evident earlier in his career – David Haye insists he must adopt a “psycho mindset” – a measured approach to imposing himself has been promised.

“I could say I’m going to sit on his chest and use my size in a different way, but no, you’ve got to do it all in boxing,” Joshua said.

“You can’t be a one-trick pony, you have got to have different aspects to your game. Use your strengths, but don’t neglect the other areas.

“I’m definitely the bigger man. I can keep it rangy or I can keep it short. But what you’ve got to do is compete at the highest level. It’s kill or be killed.

“I’ve been in there with him before. I know his tricks, I know what’s doing. And I know what I want to do.

“I haven’t done the same things as last time in training. I’ve moved on and used that information to push me on in my training.”

The 35-year-old was a machine gun-carrying defence volunteer in Kiev until he was ordered by the military hierarchy to serve as an emblem of Ukrainian resistance overseas and he will be supported back home by a public watching on free-to-air TV.

And, while bookmakers believe they will be celebrating on Saturday night, his promoter Alexander Krassyuk insists Usyk faces a tough night.

“It’s not an easy challenge. People say Anthony Joshua is down, that Anthony Joshua offers nothing any more. No, I totally disagree with people,” Krassyuk said.

“Anthony Joshua is one of the biggest threats at heavyweight at the moment and I’m pretty sure he will try to use his chance on Saturday night.”