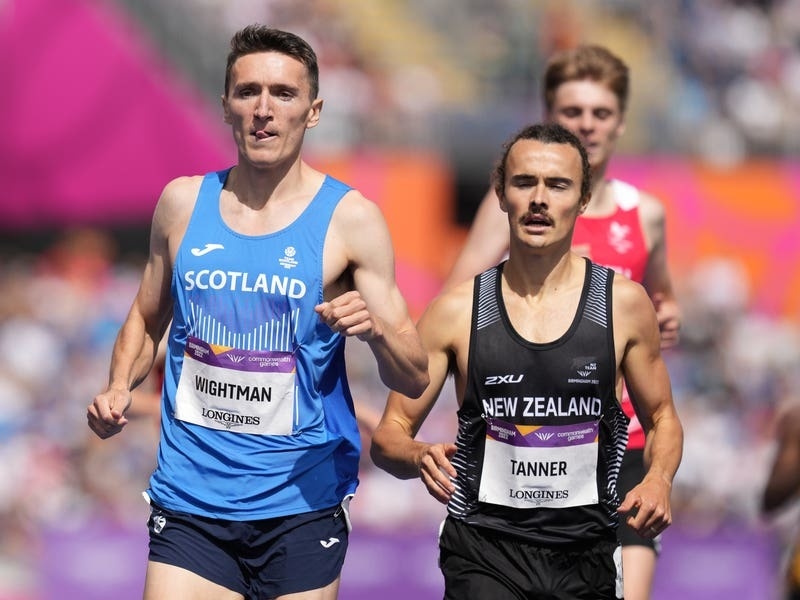 Scotland’s Jake Wightman admits his world title win has finally sunk in at the Commonwealth Games.

The 28-year-old, who won shock 1500m gold at the World Championships in Eugene last month, eased into Saturday’s final.

Wightman clocked three minutes 48.34 seconds to win his heat at the Alexander Stadium on Thursday.

He said: “It was special, it was a confidence boost if you get announced as that. That’s the most it’s sunk in because that is what I was waiting for, to be announced as world champion, and be like ‘yeah I’ve actually done that’.

“It was nice walking around before with a lot of people coming up to me and saying ‘well done’.

“I still got less of a cheer than Matt Stonier from England but I guess there are more English fans than Scottish fans.

“I felt I should dictate it at some point and I was surprised we went so slow as a second heat as there are guys who should go through as fastest losers who won’t.

“It’s hard to sometimes get motivated as there is a lot more to lose than gain so it’s good to go out there, feel good and qualify comfortably.”

“It was a nice easy run, I qualified nicely which was the plan,” said Hughes. “There are no need for statements, if you make statements now it’s not going to happen for you in the final. When the final comes, you unleash the beast.”