Four-time world champion Sebastian Vettel to retire from Formula One 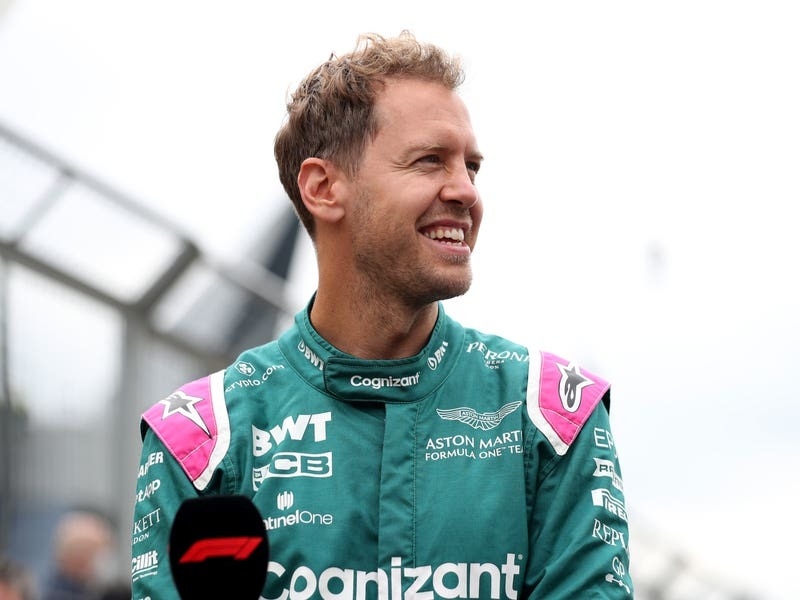 Sebastian Vettel has announced he is retiring from Formula One at the end of the season.

The 35-year-old will bring the curtain down on a career which yielded four world championships and 53 wins.

Vettel, who started his F1 career midway through the 2007 season and enjoyed his best years with Red Bull, made the announcement ahead of this weekend’s Hungarian Grand Prix.

The Aston Martin driver, who lies 14th in the championship, said: “I have had the privilege of working with many fantastic people in Formula One over the past 15 years – there are far too many to mention and thank.

“The decision to retire has been a difficult one for me to take, and I have spent a lot of time thinking about it.

“At the end of the year I want to take some more time to reflect on what I will focus on next; it is very clear to me that, being a father, I want to spend more time with my family.

“But today is not about saying goodbye. Rather, it is about saying thank you – to everyone – not least to the fans, without whose passionate support Formula One could not exist.”

The German was hired to end Ferrari’s title drought but failed – and was ultimately dropped by the Italian team at the end of 2019.

Vettel moved to Aston Martin team ahead of their return to the Formula One grid after decades away.

But the British-based team have struggled for results, with Vettel deciding to walk away rather than continue for another campaign.

“I have really enjoyed working with such a great bunch of people.

“I hope that the work I did last year and am continuing to do this year will be helpful in the development of a team that will win in the future, and I will work as hard as I can between now and the end of the year with that goal in mind, giving as always my best in the last 10 races.”

Vettel will sign off at the season-ending Abu Dhabi Grand Prix in November which will mark his 300th race.

He said: “I want to thank Sebastian from the bottom of my heart for the great work that he has done for Aston Martin over the past year and a half.

“We made it clear to him that we wanted him to continue with us next year, but in the end he has done what he feels is right for himself and his family, and of course we respect that.

“He has driven some fantastic races for us, and, behind the scenes, his experience and expertise with our engineers have been extremely valuable.

“He is one of the all-time greats of Formula One, and it has been a privilege to have been able to work with him.

“He will continue to race for us up to and including the 2022 Abu Dhabi Grand Prix, which will be his 300th Grand Prix entry. We will give him a fabulous send-off.”

Vettel’s announcement was met by tributes from the motorsport world.

“Leaving this sport better than you found it is always the goal. I have no doubt that whatever comes next for you will be exciting, meaningful, and rewarding. Love you, man.”