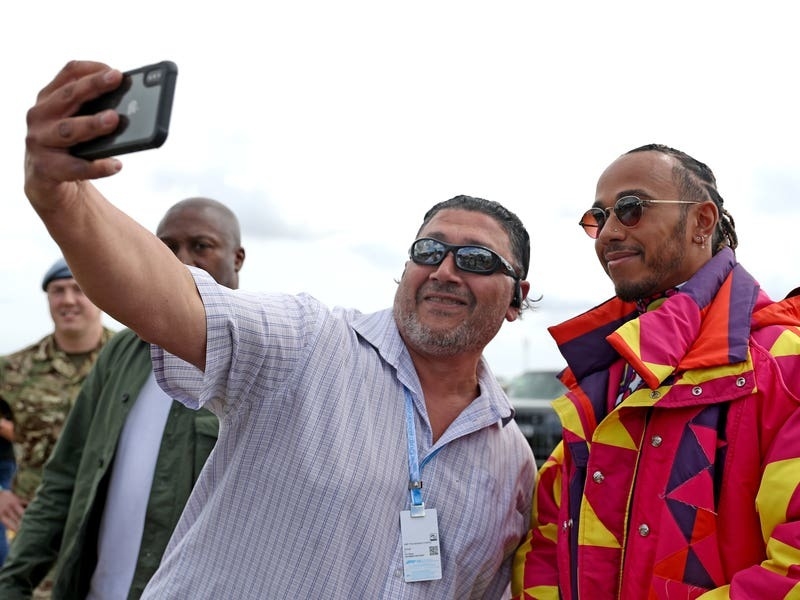 Mercedes boss Toto Wolff has allayed fears Lewis Hamilton will be kicked out of this weekend’s British Grand Prix by claiming the FIA’s jewellery clampdown is “going to go away.”

Hamilton’s latest medical exemption to remove his nose stud expired on Thursday, but he appeared for his press conference at Silverstone with the item of jewellery still in place.

With Formula One’s governing body keen to enforce the rule, there was a fear that Hamilton could be summoned by the stewards if he refused to take the piercing – which he says cannot be easily removed – out for first practice on Friday.

“The FIA has compromised so far. I expect the dialogue to continue and that there will not be any controversy this weekend. That is going to go away.

“Then we discuss wedding bands, nose piercings and the implications on drivers’ safety.”

Hamilton was afforded a two-race medical exemption at the Miami Grand Prix on May 8 – to the seventh round of the campaign in Monaco on May 29.

A second extension was then agreed, and Wolff’s comments would indicate a third exemption will be granted ahead of Hamilton’s home race.

“I would say it is worrying. We have so much bigger fish to fry. We need to focus on other important areas.

“I will be racing this weekend and working with the FIA. The matter is not massively important so I will work with [FIA president] Mohammed [ben Sulayem] and his team to progress forward.”