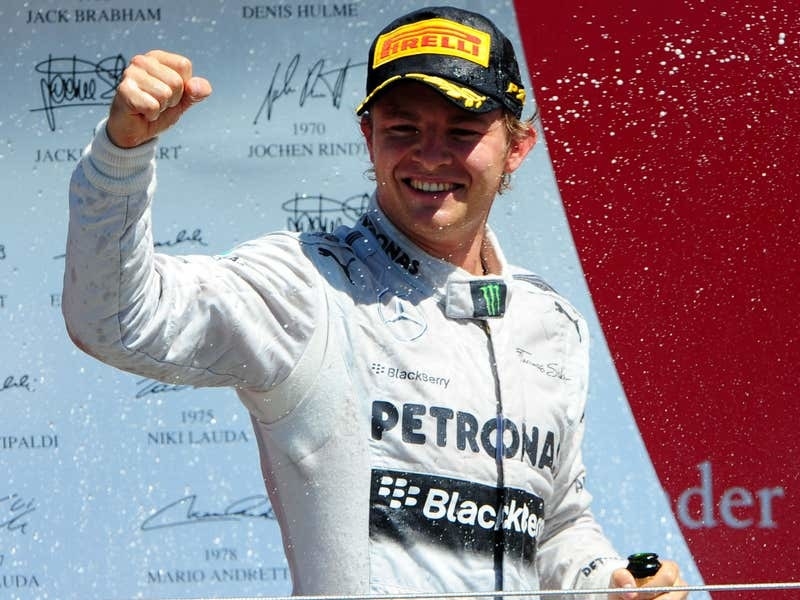 Nico Rosberg was reprimanded by stewards for failing to slow for yellow flags during the British Grand Prix – but he kept his race win on this day in 2013.

Rosberg crossed the line first at Silverstone after capitalising on a mechanical failure on Sebastian Vettel’s Red Bull, yet his triumph looked to be in doubt when the FIA asked him to report to the race stewards.

The Mercedes driver had committed the offence between turns three and five and although the stewards found that he had not made the required reduction in speed, a reprimand was deemed a sufficient punishment.

Rosberg dedicated his win to the Mercedes team, saying afterwards: “It has been a fantastic day. It is very special because it is the home grand prix of the team and the factory is 10 minutes away.

“A lot of people, a lot of my fellow team members and colleagues were in the grandstands and it’s very, very nice that I was able to give them such a great race and such a great result.

“They really deserve it because they’ve worked so well all season.”

The win at Silverstone was Rosberg’s second of the season and he would go on to finish sixth in the final driver standings of 2013, with Hamilton finishing fourth overall.