5 key talking points ahead of this summer’s Wimbledon Championships 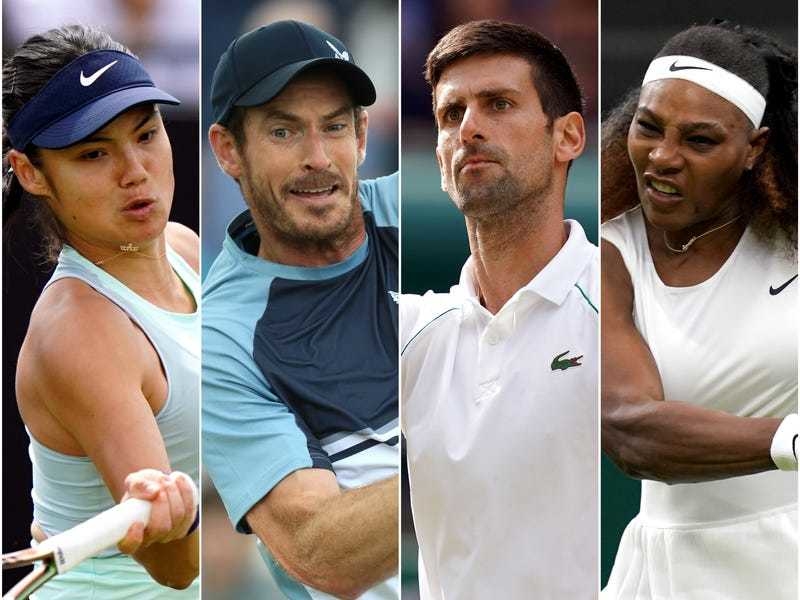 The pinnacle of the British summer is upon us again with the 2022 edition of Wimbledon.

Here, the PA news agency picks out five talking points ahead of this year’s tournament.

Things will be a little bit different for Emma Raducanu at Wimbledon this year. It was 12 months ago that Raducanu stole the hearts of the nation with her historic run to the second week in what was her debut grand slam.

The teenager, fresh from completing her A-Levels, became the youngest British player to make it to the fourth round at SW19 and things only got better from there as two months later she produced an incredible sporting feat by winning the US Open.

She achieved all that success without having established herself on the regular tour and it has been tough since as injuries, defeats and a raft of coaching changes have made it a difficult introduction to life as a professional.

She will surely take heart from her first return to the All England Club, though surely cannot have too many expectations of producing another unbelievable story.

The 19-year-old has played just 33 minutes of action on the grass after sustaining a side strain in her first warm-up match at Nottingham and there are still doubts about her entry into the tournament.

But he suffered an injury in that defeat to 2021 SW19 runner-up Matteo Berrettini, which hit his preparation.

If he overcomes that then he will have eyes on his best run at a grand slam since his hip injury derailed his career in 2016.

The two-time champion has only been past the second round once in eight attempts as tough draws and poor performances have hindered him.

But this is his happy hunting ground and he will realistically be eyeing a run to the second week, which would be some achievement for a player with a metal hip.

Wimbledon’s decision to bar Russian and Belarusian players in response to the invasion of Ukraine has had serious repercussions, with the ATP and WTA deciding to withhold ranking points from the tournament.

Men’s world number one Daniil Medvedev and women’s number five Aryna Sabalenka are among those to be banned, while it remains to be seen how many leading players decide not to enter because of the lack of points on offer.

The prestige and record prize money will still make it worthwhile for most players, but how the dynamic of the tournament changes because of Wimbledon’s decision will be fascinating to see.

Djokovic aiming to rein in Rafa?

By Novak Djokovic’s standards he is in the midst of a drought, having not won any of the last three grand slams – the first time that has happened since 2018.

The 2021 Wimbledon champion lost in the final at the US Open, was deported ahead of the Australian Open due to his anti-vaccination stance and was beaten by an inspired Rafael Nadal at the French Open.

With Nadal winning in Australia and Paris, the Spaniard is now two clear of Djokovic on 22 grand slam singles titles, but this is a serious chance for the Serbian to claw one back.

Djokovic has won the last three titles at Wimbledon – and six in total – while there are doubts over the fitness of Nadal, who played through the French Open with a foot injury.

Only two of Nadal’s 22 titles have been on the grass at SW19, so it is a surface that Djokovic reigns supreme on. With another Covid-19 row looming at the US Open in September, this is an important tournament for Djokovic in the race to be grand slam king.

The American won her 23rd title in 2017 when she won the Australian Open while pregnant, but has been unable to add to her tally since her comeback.

She has won seven titles on Centre Court so it would be the fitting place to do it even if that seems highly optimistic. The 40-year-old has not played since limping out of the first round at the All England Club 12 months ago due to a leg injury, which raised doubts over whether she would play again.

But she has accepted a wild card into the tournament, which has an incredibly open field.

With last year’s champion Ash Barty now retired, Iga Swiatek will be the hot favourite given she is on a record-equalling 35-match winning run taking in six successive tournaments, but Raducanu’s victory in New York shows that anything is possible.