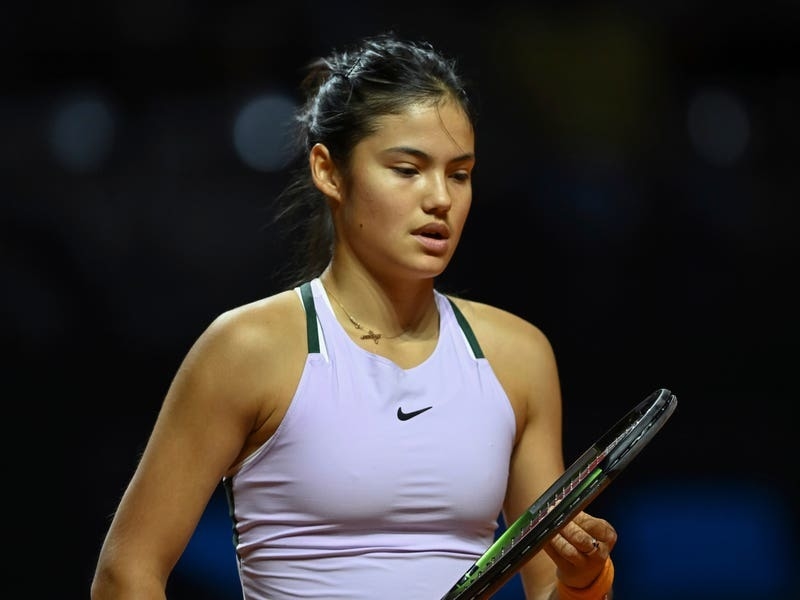 Emma Raducanu has split from coach Torben Beltz after less than six months working together.

The US Open champion hired the German, best known for guiding Angelique Kerber through her professional career, at the end of last season but it has proved another short-lived relationship.

Raducanu said in a statement: “I want to thank Torben for his coaching, professionalism and dedication over last half a year. He has a huge heart and I have enjoyed our strong chemistry during the time together.

“I feel the best direction for my development is to transition to a new training model with the LTA supporting in the interim.”

The news comes after Raducanu’s best week since hiring Beltz, with back-to-back wins on clay at the Porsche Tennis Grand Prix in Stuttgart and an encouraging performance in defeat to world number one Iga Swiatek.

But it follows a pattern that has continued from her junior days, with Raducanu, who is up to 11 in the world rankings, switching coaches frequently.

Having burst into public consciousness with her run to the fourth round at Wimbledon last summer under Nigel Sears, Raducanu then turned to a familiar face from her junior days, Andrew Richardson, for the US Open.

But, despite her incredible success, she decided not to continue the partnership, instead saying she wanted someone with experience of the WTA Tour.

Beltz certainly ticked that box having led Kerber to two grand slam titles and also enjoyed success with Donna Vekic, but Raducanu is now once again searching for someone to guide her through her maiden steps on the tour.

The 19-year-old, who continues her clay-court baptism in Madrid this week, will lean on the Lawn Tennis Association in the short term.