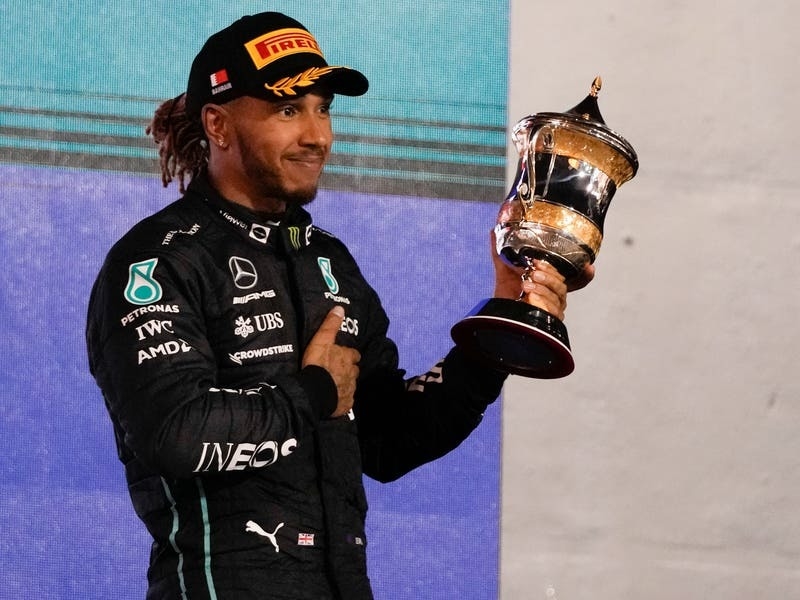 Mercedes boss Toto Wolff claims it is only a very long shot that Lewis Hamilton will be able to fight for the world championship.

Wolff’s bleak verdict came after the opening round of the season where Hamilton’s Mercedes team were outclassed by Ferrari and Red Bull.

Hamilton claimed a surprise podium in Bahrain, with team-mate George Russell one spot back in fourth, after Red Bull drivers’ Max Verstappen and Sergio Perez retired in the closing laps.

But the Silver Arrows were as much as a second-a-lap slower than their rivals in their continued struggle to get on top of the sport’s new regulations.

“If we look at the pecking order today, it seems it will be a very long shot to even think about being in contention for the drivers’ or constructors’ championships,” said Mercedes team principal Wolff.

“We probably scored the maximum points that we could have on Sunday, and we need to take it from here. Every weekend counts.

“But at the moment we have to be realistic and when you are third on the road you cannot think about winning it.”

But the Silver Arrows have struggled with ‘porpoising’ – the phenomenon seen this year when the car violently bounces on its suspension at high speed.

And Hamilton’s team-mate Russell suggested the problem could be with Mercedes for the rest of the 23-round campaign.

“This bouncing we are experiencing down the straight is slowing us down because we are smashing into the ground, rather than going forward,” he said.

“It is promising to see that other cars have had the same issue and they managed to solve it which means there is a solution there, but we are struggling to find it.

“It would have been brilliant if we solved it in testing where we had so much running. But we truly just don’t know how long it will take, if it is next weekend or after the summer break.

“We hope it will be as soon as possible, but there is no reason why it may not continue the whole year.”

The second round of the new season continues in Jeddah on Sunday for the Saudi Arabian Grand Prix.