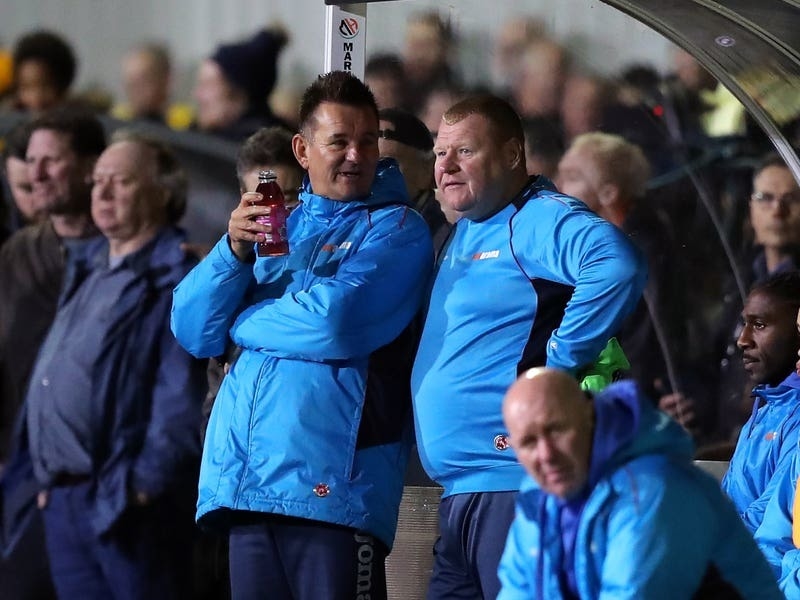 Sutton reserve goalkeeper Wayne Shaw agreed to resign from the club after eating a pie in the dugout during an FA Cup fifth-round defeat by Arsenal the previous evening.

A betting row erupted as a result of the incident and then-manager Paul Doswell soon confirmed Shaw’s departure.

Shaw was shown on television tucking into the snack towards the end of the 2-0 loss to Premier League opposition – Sutton had surprisingly beaten Championship club Leeds in the previous round – before admitting after the game he was aware that a bookmaker was offering odds on him to be seen doing so.

“Wayne has offered his resignation to the chairman this afternoon and that has been accepted. It’s a very sad end to what was a very good story,” Doswell told Sky News.

Both the Football Association and the Gambling Commission announced that they would carry out independent investigations into the publicity stunt and in September 2017 Shaw was fined £375 and banned for two months by the FA for breaching their betting rules.

Sun Bets tweeted after the game they had paid out a “five-figure sum” on a bet that Shaw, then 46, would be shown eating a pie. Tabcorp, which owns the Sun Bets brand, was later fined £84,000 by the Gambling Commission for offering the 8-1 odds.

The goalkeeper, who also worked as a coach for the club, said after the game he “would give them a bit of banter”.

Doswell confirmed both investigating bodies had been in touch with the club and said Shaw had made a “very genuine mistake” after being a big part of the media build-up to the cup-tie.

“At the moment it’s early days and it’s by way of e-mails and other bits and pieces but unfortunately it’s worldwide news this morning.

“It’s taken the gloss off my players’ performance and gone on to something it shouldn’t have gone on to. I feel very sorry for the players in many regards that that spotlight has been taken away from them.

“It was an honest error but one that’s had quite sad ramifications. Wayne’s been swept along with what’s happened in this last three or four weeks.

“Since the camera got him in the Leeds United game he’s gone into another world in terms of what he’s used to.

“I think he’s been ill-advised at times and he’s just made a very genuine mistake. If you knew him, he’s such a lovely, lovely man. His judgement wasn’t great last night and he’s obviously paid the price for that.”

Shaw found several allies in the controversy, including former England striker Gary Lineker, who tweeted: “So Wayne Shaw, who slept on a sofa 3 nights a week at Sutton to maintain and run the place loses his job over #piegate. FFS!

“Day by day football is losing its heart and its sense of humour. #piegate”