Today at the Winter Olympics: Bronze at best for GB curlers after last-four loss 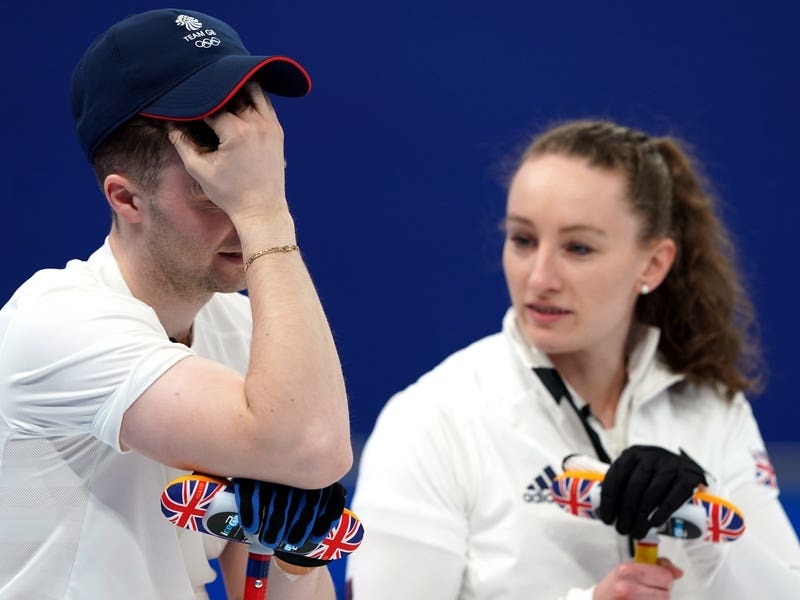 Great Britain’s hopes of Winter Olympics gold in the mixed curling were ended as a 6-5 semi-final defeat to Norway sent Jennifer Dodds and Bruce Mouat into the bronze medal match.

But Team GB were boosted as 17-year-old Kirsty Muir reached the freestyle Big Air competition with a series of impressive jumps.

Here the PA news agency provides a quick guide to what happened on Monday in Beijing.

Star of the day

Scottish teenager Kirsty Muir soared into the final of the Olympic freestyle Big Air competition. Muir, at 17 the youngest member of Team GB’s 50-strong squad in Beijing, produced an incredible first jump, which saw her score of 89.25 only bettered by France’s former World Cup winner Tess Ledeux. Muir’s final tally of 157.50 left her less than six points adrift of third-placed Anastasia Tatalina, of Russia, and dreaming of being on the podium again after winning silver at the 2018 Youth Olympics.

Fail of the day

Picture of the day

Dodds and Mouat must bounce back from their painful semi-final defeat as they target mixed curling bronze against Sweden (0605 in the UK). Muir goes in the women’s Big Air final (0200), Andrew Young and James Clugnet target the men’s cross-country sprint, and Cornelius Kersten is in the heats for the men’s 1500m speed-skating.