On this day in 2007: St Helens topple Catalans Dragons to retain Challenge Cup 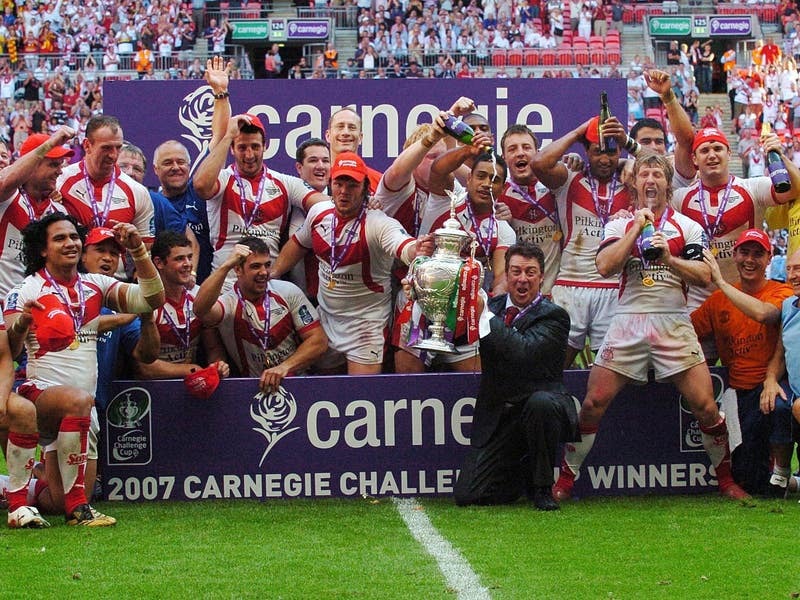 St Helens overpowered Catalans Dragons to win the Challenge Cup final on this day in 2007.

Paul Wellens shared the Lance Todd Trophy as man of the match with team-mate Leon Pryce after scoring one of Saints’ five tries in a 30-8 success at Wembley.

It was the club’s 11th Challenge Cup triumph and their third in four years.

The game also marked the return of rugby league’s showpiece occasion to the national stadium after an eight-year absence during rebuilding work.

It was not a classic, with the sides playing out a cagey, scoreless opening 20 minutes in high temperatures.

Saints claimed the initiative before the interval with tries from James Roby and Ade Gardner either side of a Younes Khattabi effort.

“I don’t think we played our best rugby but grit and determination got us through,” Wellens said.

Saints returned to win the Challenge Cup for a third straight year in 2008 with Catalans finally claiming the trophy in 2018.