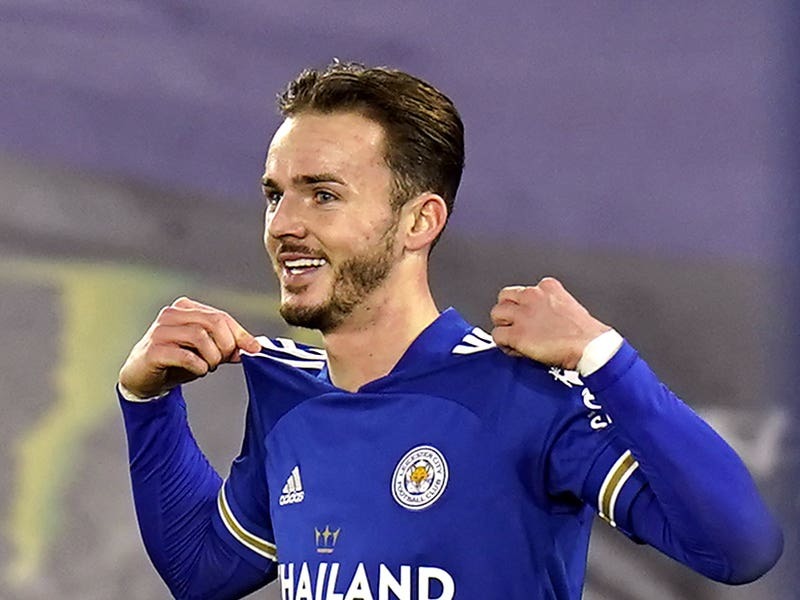 The England midfielder has excelled this season ahead of Sunday’s FA Cup trip to Brentford.

Maddison has scored eight goals – including three in his last three games after netting in Tuesday’s 2-0 win over Chelsea which briefly sent the Foxes top of the Premier League.

Leicester currently sit third ahead of the cup game at the Brentford Community Stadium and Rodgers feels the public’s view of Maddison has shifted.

He said: “What I love about him is his personality. He is such an honest boy. This boy hasn’t lost – amongst all the so-called glitz and glamour in the Premier League – where he is from.

“That’s why you get this refreshing attitude in his interviews. No matter where he is on his journey to being a really top player he understands it’s about fighting, learning and being the best he can be.

“His personality has never changed, it’s great he gets the credit for being open and honest but he’s always been like that. Before, for some reason, he was deemed arrogant or cocky but he has just an inherent belief in his ability.

“That’s OK because it gives him that belief to play with those qualities. He is still learning and in his early 20s and with another couple of years playing his football ID and nous will be even better.

“At this moment you can see his is still a top performer in the most competitive league in the world.”

Leicester will be without Jamie Vardy for a number of weeks with the striker due to have an operation on his groin.

Rodgers is expected to rotate his squad in the FA Cup with Ricardo Pereira likely to start as he continues to find full fitness after a long-term knee injury and then a groin problem.

The Foxes beat Brentford 1-0 in last season’s fourth round and Rodgers is confident he has the depth to progress again.

He said: “Yes, we’ll still have a strong team. We’ll still, virtually, have a team of full international players.

“With the games that we’ve had and the games coming up, I have a real trust in the squad and I’ll always pick a team to win the game, but yes, there will be some changes.”