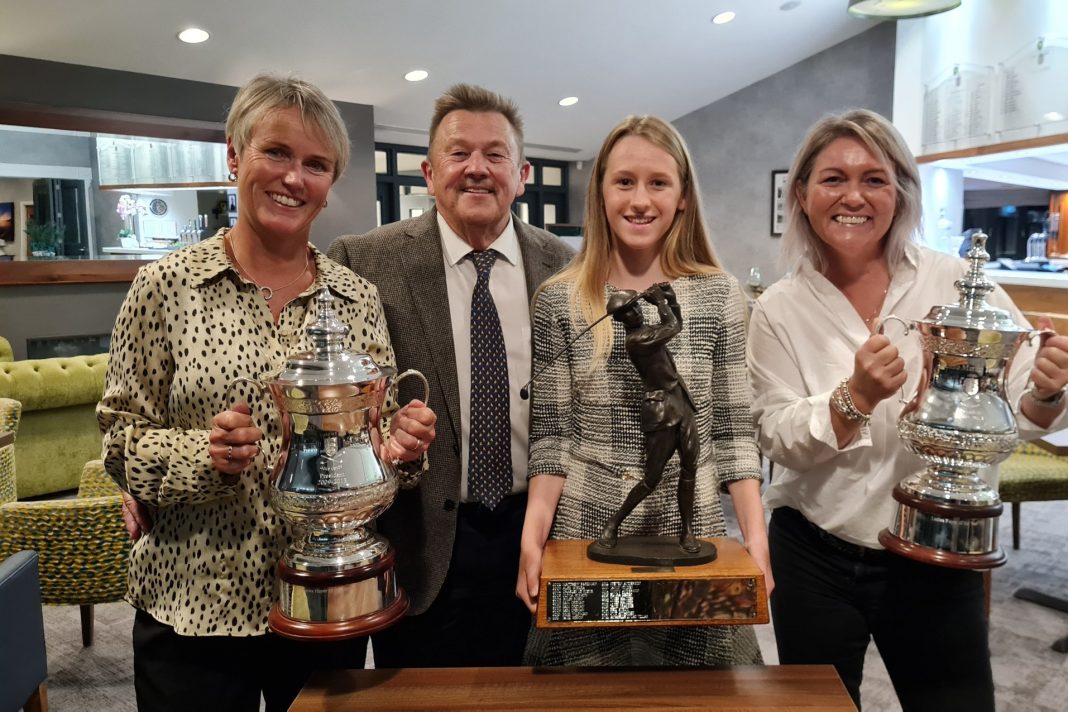 The Jersey Golf Union and Jersey Ladies Golf Association’s de Carteret Wealth awards dinner offered players, officials and supporters the chance to honour the best the Island has to offer – from the past, the present and for the future.

‘I’m absolutely delighted. I’d not played golf for ten years and I’ve come back after having three spinal surgeries. I’m very proud and I’m delighted that Les Mielles had won it because the big two, La Moye and Royal Jersey, tend to win these trophies.

‘The guys have all been really welcoming, bringing us back. It has not been easy but they are always very welcoming and very sociable. I encourage everyone to get into golf, it’s a good discipline and you have great fun.’

Lucas-Villar, who reduced her handicap to three this year, said: ‘It’s a great surprise [to win the award] and I’m really pleased with it. I reached my goal with my handicap this year and I met some great people, who have inspired me.’

Discussing her short-term career ambitions, the Royal Jersey youngster added: ‘I’d love to go away to compete in competitions. Hopefully I’ll be able to start doing that in 2022 and I’ll see where it takes me.’

Florida-based student Hacker, whose trophy was collected by his parents, Jane and Franz, on his behalf, became the first Islander in 21 years to claim the men’s Hampshire County Championship title – and only the sixth since 1904 – in June. He also reached the last-16 at the British Amateur Championships.