Bulls on the charge in a week of three wins 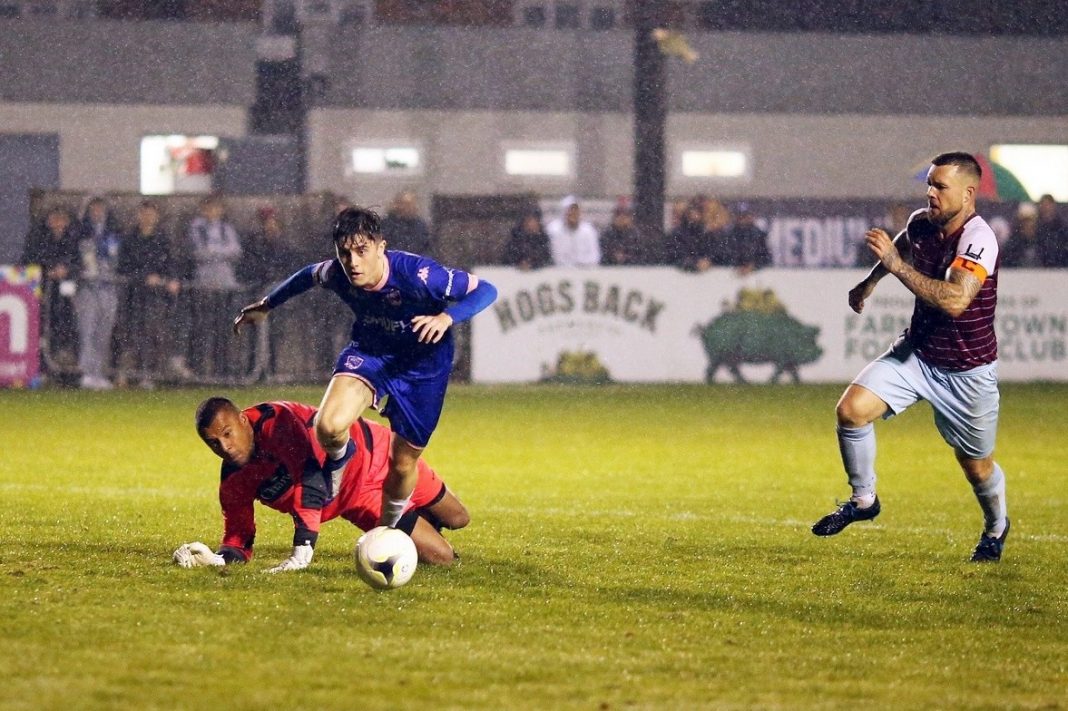 A Sol Solomon double either side of half time was enough for the Bulls to pick up a 2-1 win on Tuesday night as they climbed to seventh in the league with a number of games in hand on the teams above them.

The victory gave the Bulls nine points out of a possible nine from the past week after previously overcoming the challenges of Sheerwater and Badshot Lea.

Freeman said: ‘The games have been coming thick and fast, and with a number of players out injured we have had to rotate. It is great that we have picked up maximum points in the past week and is testament to the depth and resilience of our squad and the players who have come in have shown that they can perform for us at this level.

‘Both Farnham and Badshot Lea are top teams in this division and they have provided us with two difficult away games. But to come away with nine points is brilliant and we hope this can act as a springboard to kick on in the league and help us continue to climb the table.’

Freeman’s side were boosted by news this week that the club’s top goal-scorer this season, Sol Solomon, has decided to remain in Jersey after originally departing the Island for university in Liverpool.

And it was Solomon who proved the difference on Tuesday night.

Freeman said: ‘From a selfish perspective it is great for us that Sol will be staying in the Island. He offers us that attacking threat, as you have seen from his number of goals this season, and last night he has proved vital once again.’

‘The club taught me not to be ashamed of our differences’