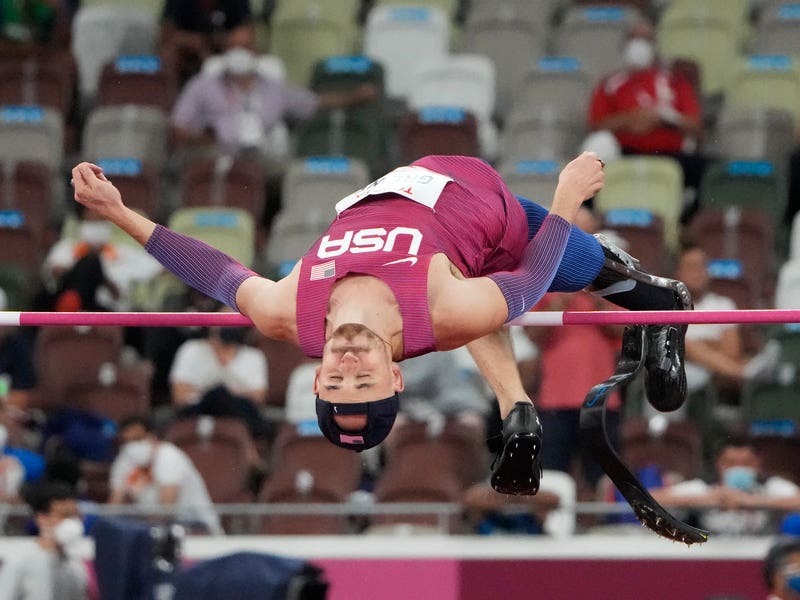 A Paralympic champion received a note of thanks from a Games organiser for giving his family “great courage” after his son underwent the same life-altering surgery.

Sam Grewe had an amputation-like procedure called rotationplasty performed on his leg after being diagnosed with osteosarcoma, a form of bone cancer, when he was 13.

On Tuesday he won gold in the T63 Paralympic high jump event in Tokyo, and was cheered on by a local 13-year-old and his family to whom Grewe’s story had been an inspiration.

He posted an image to Twitter of a letter which he said had been handed to him at the stadium by a man named Masaki Kando, who was working for the Games organising committee.

It read: “My son had osteosarcoma of his right knee at the age of 10 and had surgery on Rotation plasty.

“Even though I knew the details of the rotationplastys surgery, I was very anxious because there was misinformation about its after function in Japan.”

Rotationplasty is a form of surgery in which part of a limb which is affected by cancer is removed, with the remaining limb rotated and reattached.

Mr Kando went on to say that finding out about Grewe had been important to his family.

“You gave us great courage to my family,” the letter read.

“We are grateful to you.”

The note concluded: “My son is watching on TV today.

“We are all supporting you.

Grewe, who will head to medical school after the Paralympics, tweeted: “A local Japanese man just handed me this note shortly after I arrived at the track to compete.

“Win or lose, this is what it’s all about. This makes it all worth it.”