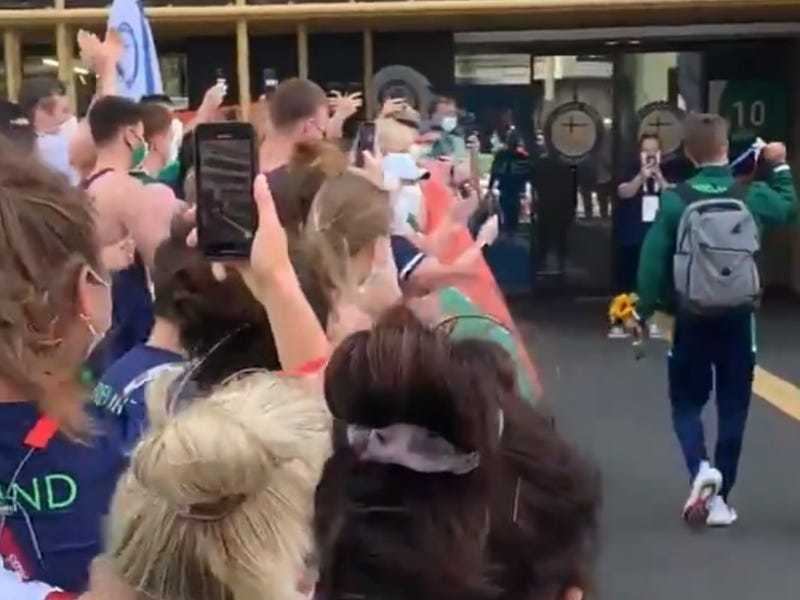 Ireland’s Olympic champion rowers were given a heroes’ welcome by their team-mates upon their return to the Olympic Village.

After their medal ceremony they were greeted by a throng of supporters who had congregated with flags at their accommodation in Tokyo.

“I asked someone and they said they were waiting for the rowers who won gold – I thought that was really cool,” sports writer Gary Lemke told the PA news agency.

“Then I saw them across the road coming past the dining hall, so I started filming a video and the Irish were singing ‘Ole! Ole! Ole!’ and clapping, which was great.

“I just thought that this from the Irish team was a wonderful gesture.”

Meanwhile, the pair from Skibbereen in Co Cork are sure to arrive home to an even bigger reception – their gold is Ireland’s first since boxer Katie Taylor won at London 2012.

“The town is alive.”

VIDEO: Rugby Round Up

VIDEO: Football Round UP