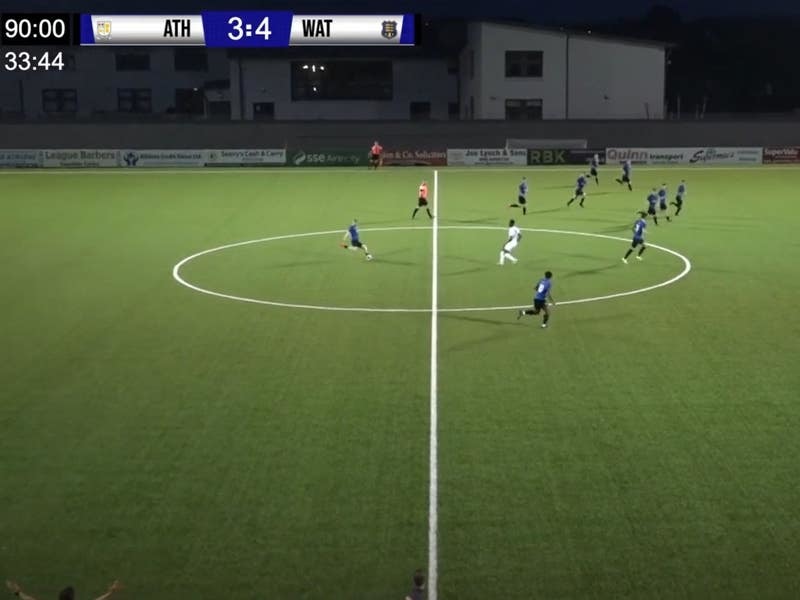 A footballer has sealed a hat-trick on his club debut by scoring an equaliser from the halfway line in the final moments of extra time.

Athlone Town striker Glen McAuley, 21, scored the screamer in the 123rd minute against Waterford in the first round of the Football Association of Ireland (FAI) Cup.

Waterford appeared to have sealed a last-minute winner when they pulled ahead 4-3 thanks to a 122nd-minute goal by George Forrest.

But with seemingly no time left for an equaliser, McAuley was passed the ball from the kick-off to strike it first time into the Waterford net.

The goal took the game to penalties and the former, who had already scored two penalties in normal time, tucked away another in the shootout.

Despite his heroics, Athlone proceeded to lose the shootout and Waterford progressed to the FAI Cup’s second round.

Cass the man with the master plan