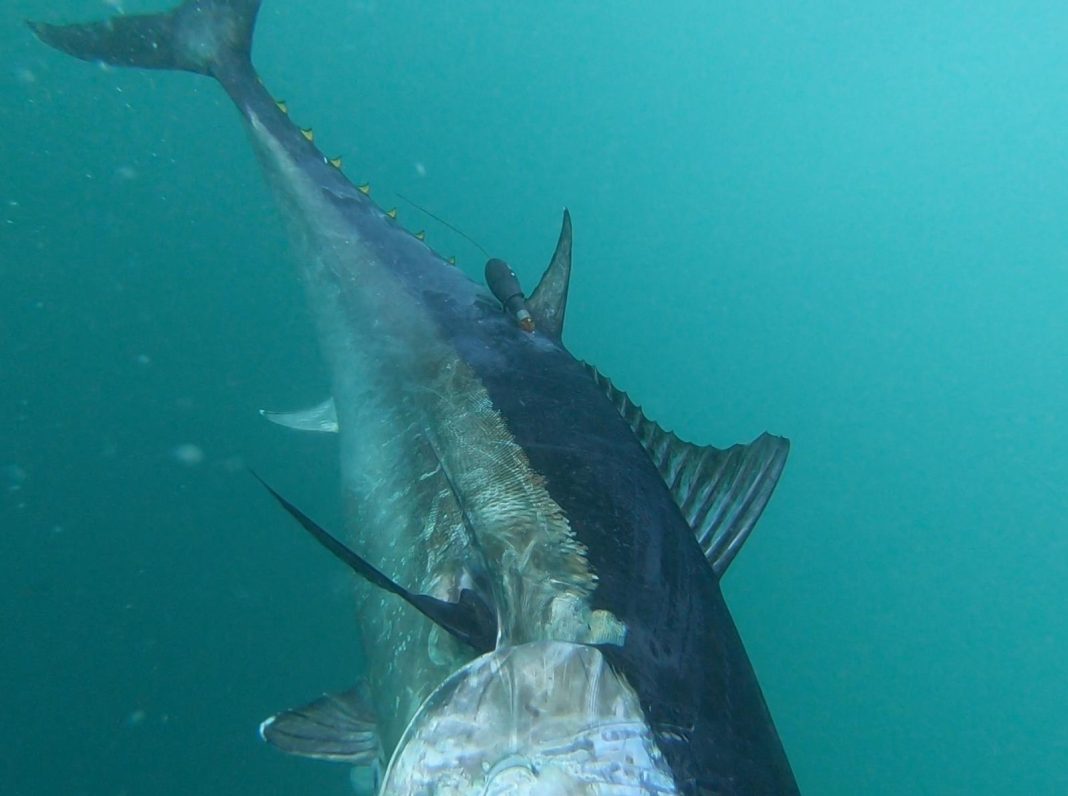 THE huge distance bluefin tuna travel to feed in Jersey waters has been revealed in new data from a pioneering tagging project.

The highly prized fish – a protected species under the Island’s Wildlife Law – have become frequent summer visitors to Jersey’s territorial waters in recent years, with large shoals being spotted mainly off the north and west coasts.

A tagging project to better understand their movement and behaviour began last year, and a further seven fish were recently tagged by Marine Resources staff using state of the art satellite devices which will be on the fish for up to two years before detaching.

When the final tag detaches, the department will have a sample size of 14 fish.

Four of the seven tags deployed in 2021 have now been collected by Marine Resources and analysed by the University of Exeter.

The data shows:
• Bluefin tuna are using Jersey waters for feeding but are also spending a lot of time on the south coast of the UK and surrounding Channel Islands waters.

• The fish are arriving from further south, some from the Bay of Biscay and some as far as the Mediterranean spawning grounds.

• Not all fish are spawning – some are juveniles whereas others are sexually mature and are returning to known spawning grounds in the winter.

• Two bluefin tuna tagged in 2021 returned to Channel Island waters in 2022 with the tags being retrieved by Marine Resources and local commercial fishers.

Alex Plaster, marine science and research officer, said: ‘It’s great to work collaboratively with the team from the University of Exeter and Fishing Jersey for a second year running.

‘Two of the tags we deployed last year popped off within reach for us to go and collect them – one was 70 miles west of Jersey and the other just west of Les Minquiers.

‘These fish are travelling incredible distances and with this satellite data we can calculate the migration route of the animal. The Norman Le Brocq [Fisheries vessel] collected one of these using tracking equipment and we also had two volunteers from the Jersey fishing fleet who collected the other tag.

‘The data we receive from the satellite tags tells us crucial information to manage this resource such as how long they are in our waters for and what they are doing here.

‘We have found out some of these fish are travelling as far as Turkey and three of the fish tagged in 2021 were caught within 12 months in the English Channel, Bay of Biscay and Mediterranean. Marine Resources will be publishing a report on the findings next year.’