NEW measures to protect wildlife may have made the Ecréhous a more appealing location for rare birds, a photographer has said – after a tropical species was spotted in the Channel Islands for the first time.

Photographer Romano da Costa managed to take pictures of the bridled tern after it was first seen at the reef last week.

The rare bird is usually found in warmer parts of the world, such as the Caribbean, south-east Asia and Australia, and makes very few appearances in the British Isles.

Mr da Costa said: ‘It was briefly seen by someone the day before and we headed out [to the Ecréhous] the next day – sure enough it was still there.’

He added: ‘For Jersey, it’s a very nice one to get and rarity-wise, for me, it’s probably in the top five.’ 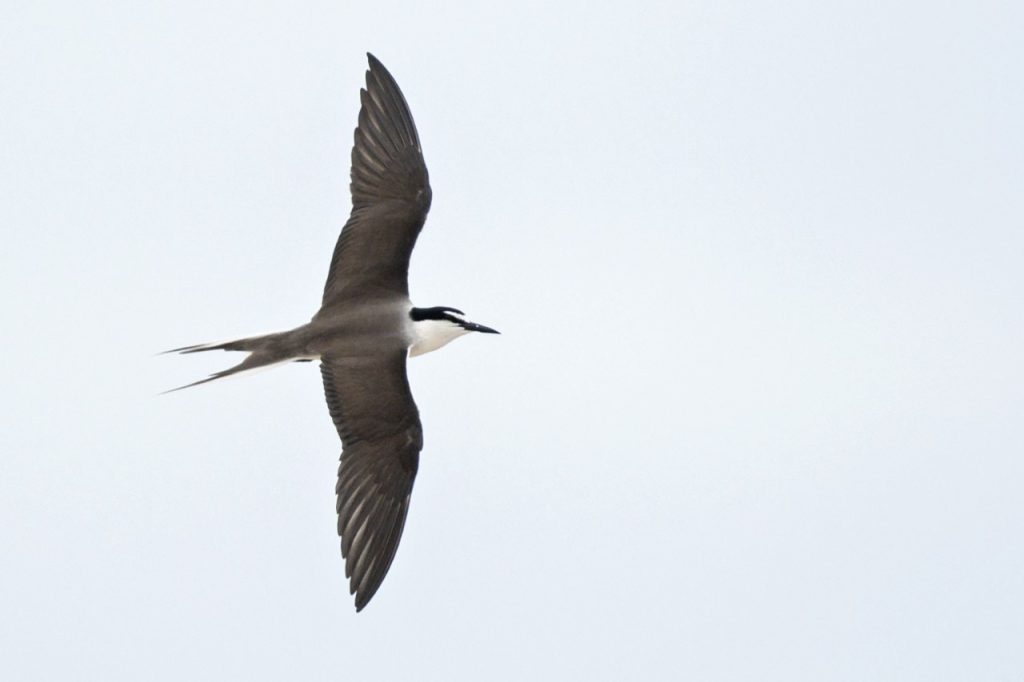 A bridled turn was recently seen in the Channel Islands for the very first time. Picture: Romano da Costa (33568753)

Earlier this year, several restrictions – including a ban on boats travelling at five knots or more during breeding seasons – were implemented within parts of the Ecréhous by outgoing Environment Minister John Young in an effort to protect the activities and sites of wild birds, including European shags, great cormorants, common terns, roseate terns and oystercatchers.

Mr da Costa said that, although it was unlikely the new measures were directly responsible for attracting the bridled tern to the Ecréhous, they may have ‘encouraged it to stay’.

‘It can be tricky to get out there sometimes, but it is a good area for the birds,’ he added.

Tony Paintin, a representative for the British Trust for Ornithology, said the bridled tern’s appearance was ‘quite amazing’.

‘Last Thursday one of the Jersey ornithology members went out to check on the [local] terns and it flew over their head.

‘It has never been seen in the Channel Islands before – I have seen them elsewhere but not in Jersey,’ he said.

‘As far as I know it was still there on Tuesday,’ he added.

Commenting on the new restrictions, he said: ‘The Ecréhous has always been protected, but it’s even more protected now.