Residents evacuated after fire breaks out 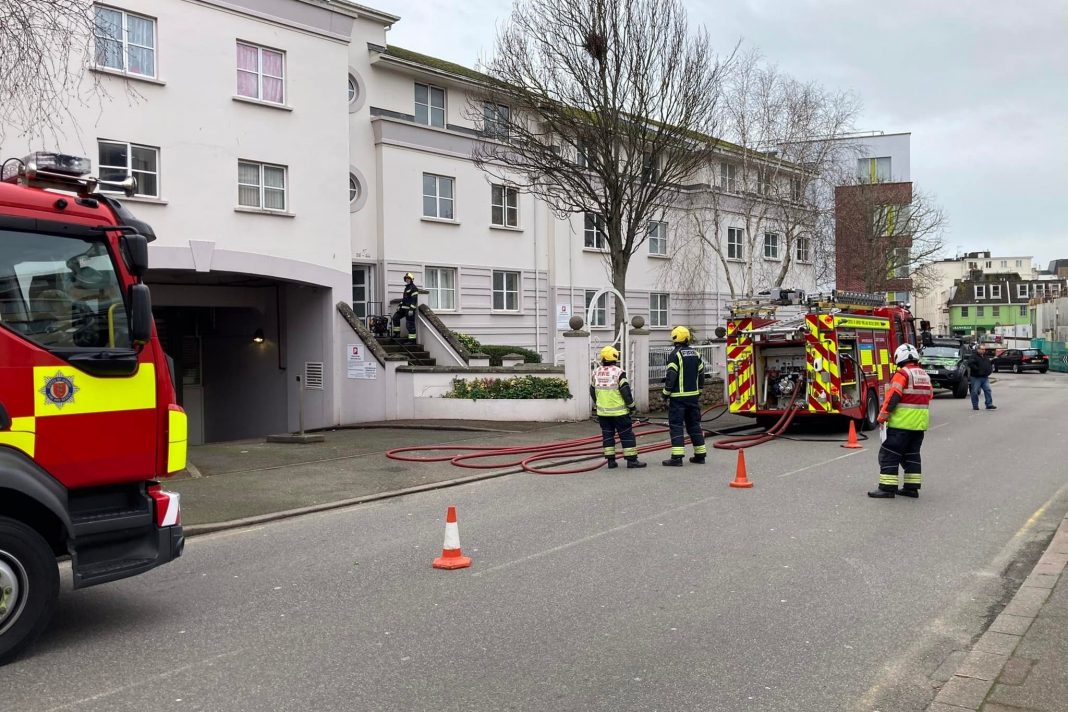 RESIDENTS in part of Liberation Court were evacuated on Sunday (9 January) after a fire broke out in a flat causing severe damage.

Emergency services were called about the incident just after 2pm and nine firefighters were sent to the scene.

On arrival, crews found smoke in the third floor communal hallway. Two firefighters entered the affected flat to extinguish the blaze while others evacuated those still within the block.

It is thought the fire may have started in a tumble dryer.

In a statement, Jersey Fire and Rescue Service Watch Commander Craig Channing praised the individual who made the ‘timely’ call to the Fire Service and the tenant of the affected flat for closing the external door after discovering the fire.

He said: ‘These quick and decisive actions prevented a more serious fire from developing in a communal block of flats and enabled crews to quickly gain entry and extinguish the fire.’

No one was injured in the incident.