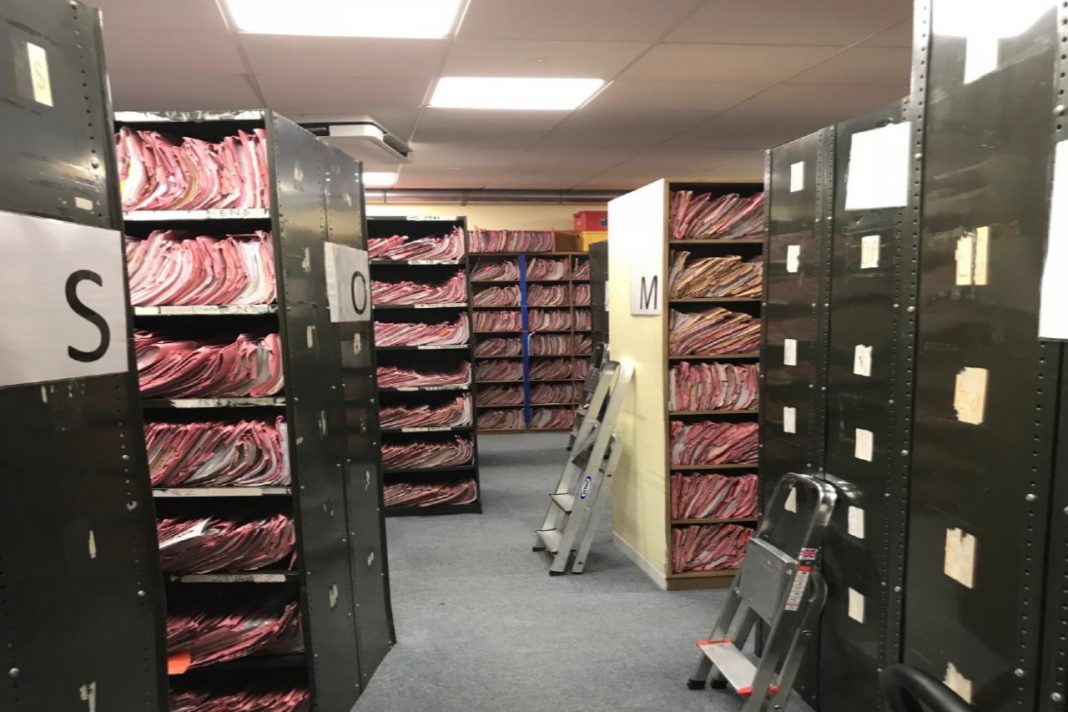 Deputy Richard Renouf blamed staff shortages for the mishap, when questioned by Deputy Kirsten Morel on the matter during a States sitting this week.

Responding to the oral question, Deputy Renouf said he would also investigate suggestions that clinicians had been unable to access patient data as a result of the incident.

Meanwhile, Deputy Rowland Huelin pressed the minister for details of when Jersey’s medical records, which are still kept only in paper form, would be digitised.

Deputy Renouf said that a number of factors resulted in his department having stretched resources during the summer, leading to files being lost.

‘There were five instances recorded in August of missing clinic files. Those cases are reported on Datix, which is the HCS electronic incident reporting system,’ he said.

‘In part this was due to the fact that extra clinics were run in August in an effort to clear waiting lists and that placed additional pressure on the medical records team. A review of all administrative functions within Health and Community Services and across government led to greater use of bank staff with associated higher staff turnover.

‘During August this combined with some staff sickness and with annual leave being popular in August, created those instances. The review is now complete and recruitment of permanent staff is under way.’

Deputy Morel asked the minister to confirm whether any clinicians had been unable to find records when they were needed and whether patients had been ‘put in harm’s way’ as a result.

‘I’ve not been made aware of that,’ replied Deputy Renouf. ‘Clearly the Deputy has heard something about it. If he wishes to give me details of what he’s heard, I will look into it.’

Deputy Huelin asked when the project to digitise all medical records ‘will come to fulfilment and be operable’.

The minister said that this would be complete by the time the new hospital was built, which is scheduled for December 2025.

‘The paper records are going to be scanned into a dedicated platform, which will be integrated with the new electronic patient record system,’ he said.

‘We will have the procurement completed before the end of this year and we expect the full business case to be completed in the first quarter of next year.

‘Thereafter, we anticipate it will take 18 months to scan all the historic hospital records, meaning that the scanning and the electronic solution will be in place for the opening of the new hospital.’