‘We must knuckle down and build to combat price surge’ 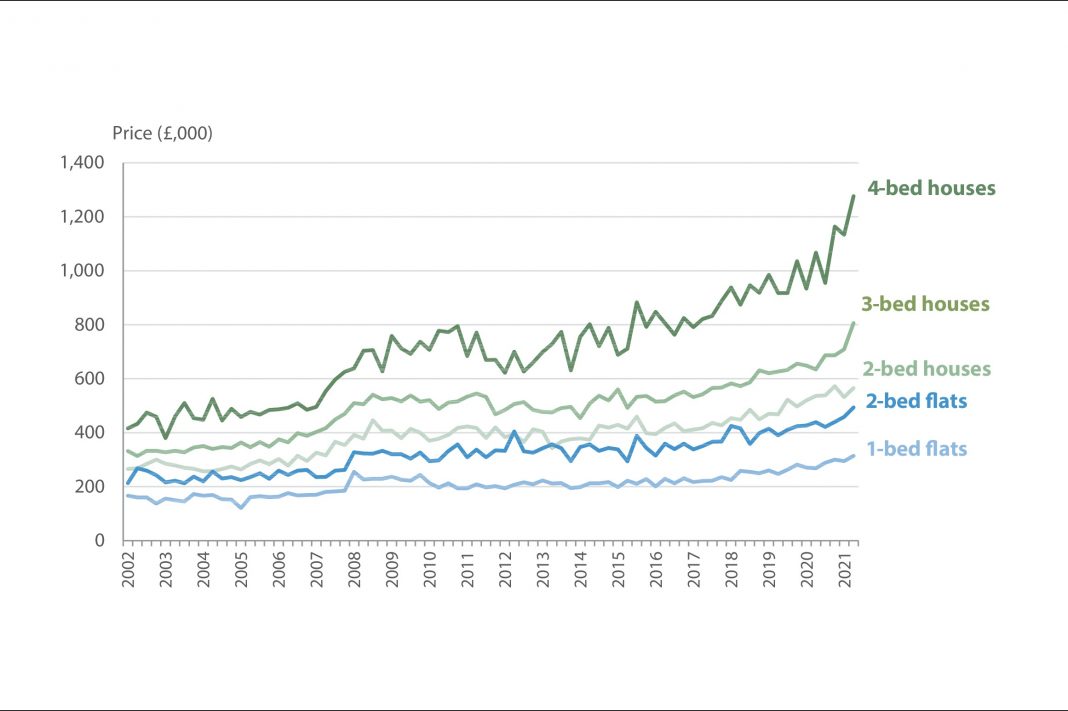 Overall housing market activity in Jersey was 47% higher than the corresponding period of 2020, and all property types saw their mean prices go up from the first quarter of 2021.

Meanwhile, the average prices of three- and four-bedroom homes also reached unprecedented levels, at £806,000 and £1,277,000 respectively.

Deputy Graham Truscott – who sits on the Environment, Housing and Infrastructure Scrutiny Panel – said the new statistics were ‘worrying’.

He said: ‘It is concerning and house prices have been historically high in Jersey when compared to other areas of the world. It could have a negative impact, not just on the younger generation, but in attracting people we need to the Island – doctors, for example, as they might now be looking at a house costing over £1 million.’

He added: ‘It’s certainly going to have a knock-on effect across the population. We have got to knuckle down and build more.’

As reported in yesterday’s JEP, buying a home in the Island is now more difficult than doing so in Winchester – which was recently dubbed the UK’s least-affordable city by mortgage lender Halifax.

Average house prices in Winchester have reached £630,432, and while this appears to be slightly higher than the comparable figure for Jersey, average yearly earnings – £45,000 for those in Winchester and £40,000 for Jersey – make the Island’s property less affordable.

Peter Seymour, the managing director of The Mortgage Shop, said that the increases were ‘extraordinary, but not unexpected’.

He said: ‘They are not in line with previous growth, as Jersey probably hasn’t seen a surge as large as this even when one looks back to August 2008 – when there was a short-lived increase in activity and property prices.

‘The current increases are attributable to a huge rise in demand from all sectors of the market following the first Covid lockdown, [a rise] which began in September/ October last year.’

He added: ‘With few new builds coming onto the market, the focus has been on existing properties being offered for sale by home owners wishing to trade up to a larger property. With an ever-decreasing number of new instructions to estate agents, it is inevitable that demand over supply has resulted in house prices increasing so rapidly.’

The report also says that a significant number of properties – particularly three- and four-bedroom houses – were sold for over £1 million in comparison to previous quarters.

Mr Seymour said: ‘The “forever home”, to which many home owners aspire, used to cost £750,000 upwards, although high demand has now driven the selling price of this type of property well into seven figures. The slowing of the market might mean that house prices will slow, although there is no guarantee of that.’

He added: ‘An increase in mortgage interest rates could also put the brakes on, although that increase would have to be well in excess of any slight increases to base rate that might be imposed by the Bank of England in the next two years.’

Meanwhile, advertised rental prices in Jersey rose by 9% in the last three months, and were 4% higher than in the corresponding period of 2020.

Calculated using the methodology implemented in Guernsey, the average price of properties sold in Jersey in the most recent quarter was £699,000.