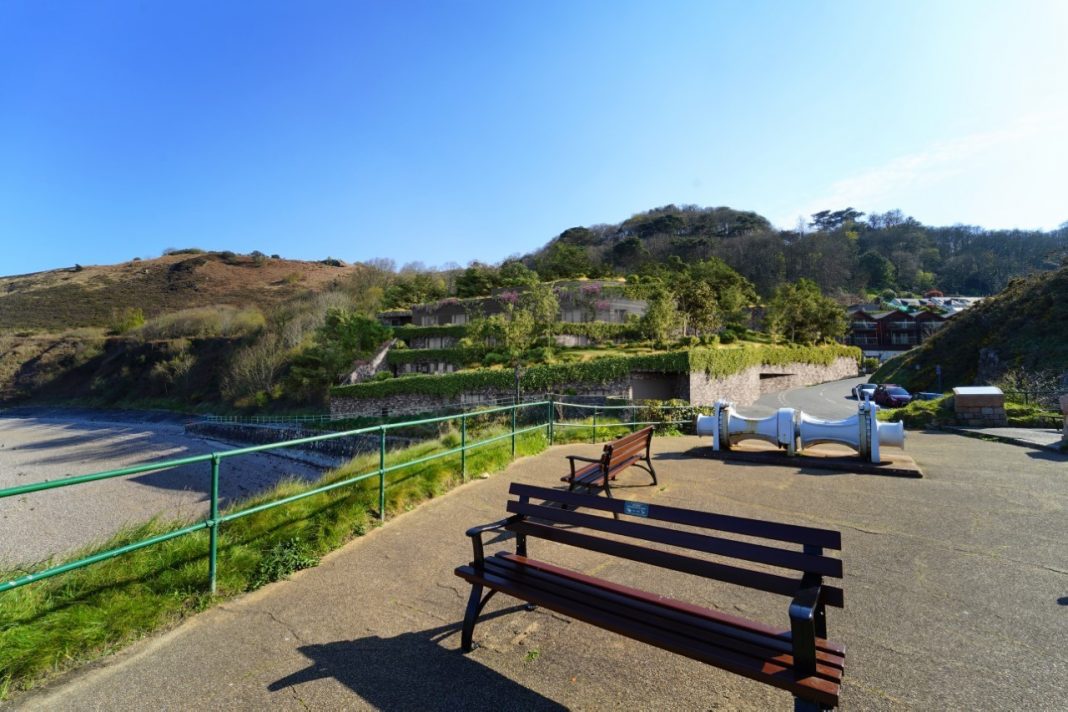 Plans have been submitted for the building, which has stood empty and for five years, and one of those involved in the project says a ‘high-net-worth individual’ is planning to occupy it.

Mike Stein, director of MS Planning, the architecture firm behind the plans, says the proposed property will be significantly more visually sympathetic compared to the existing building.

He said: ‘The idea is to replace the existing hotel with a single new dwelling. Obviously it will be a high-net-worth individual who will be taking it on.

‘We have been very highly constrained by the Island Plan as the site is within the Coastal National Park and 69% of the footprint of the existing site will be landscaped.

‘The idea is that there will be a series of granite walls layered back from one another and the house will be a three-storey element stepped back on those walls. The visual impact will be significantly reduced. At the moment there are white rendered walls rising up as high as five storeys.

‘The scheme does retain a café and restaurant offering. That is what will be replacing the Black Dog pub, and the dive centre – that is the only place for it because of the deep water – so that will also be retained.’

Mr Stein added that, subject to obtaining approval, it was planned that work could start in a year’s time.’

There had previously been unsubstantiated speculation that billionaire Chelsea Football Club owner Roman Abramovich – who in 2018 was given housing qualifications to live in Jersey as a high-value resident – was interested in developing the Water’s Edge Hotel.

Mr Stein added: ‘We had a public exhibition in May and that went very well and we had some very positive feedback.

‘The Jersey Architecture Commission have said it is an exemplar design and the Jersey Motorcycle and Light Car Club [which holds hill climbs in the bay] have said they are delighted with the plans.

‘It means they only have to consult with one unit rather than 25. There is extant permission in place for 25 self-catering units so, if this scheme fails, then those will probably be constructed in its place.

‘We have also chatted with the Planning Department and they are quite comfortable with the proposals.’

Mr Stein said that plans for the site had been formally submitted but that they had not yet appeared on the publicly accessible online planning register.