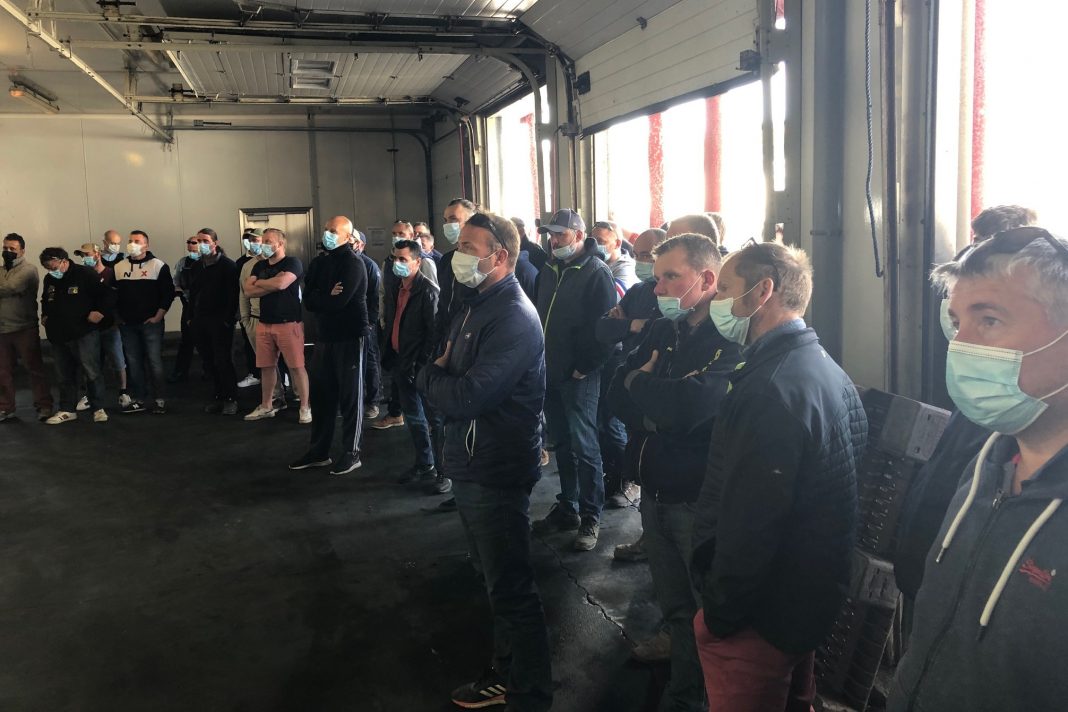 The threats follows the issuing of post-Brexit fishing licences to Norman and Breton vessels last week, which representatives from the Normandy and La Manche regions claim had restrictions attached which had not been discussed with them.

In addition to the threats, French officials have said they will be closing their offices in the Channel Islands and stopping imports of Jersey products into France.

And at two protests, one in Granville and another in Cherbourg, the possibility of stopping all commercial vessels accessing French ports and cutting off the Island’s electricity – around 95% of which is supplied by undersea cables from Normandy – was discussed.

Shutting off Jersey’s power was also raised by Minister of the Sea Annick Girardin yesterday in the French National Assembly. She said: ‘Even if I would regret getting to that point, we will if we have to.’

‘Since Brexit and the end of the Granville Bay Treaty on December 31, 2020, Presidents Morin and Lefèvre have endeavoured to maintain a sustained and constructive dialogue with Jersey’s External Relations Minister so that fishermen from La Manche can continue to operate under the same conditions, although it is now Jersey’s responsibility to issue fishing licences.

‘A first crucial deadline was reached on Friday 30 April, when the first licenses were issued, for boats over 12 metres able to demonstrate a track record of having fished, in Jersey waters, for at least ten days over a period of 12 months in the past three years.

‘In an official press release Jersey published a first list of 41 boats. The shipowners concerned received their licence by email. But upon reading the document, Jersey imposes, against all expectations, inexplicable conditions – [the] number of fishing days (to seven from 170 days per year depending on the boat), restriction of fishing gear and closure of the area.

‘At no time, during the many exchanges we had with [External Relations Minister] Ian Gorst was there any question of additional criteria subject to the issuance of licences. We ask the French government to intervene with the European Commission so that the terms provided for in the Trade and Co-operation Agreement are respected and applied.’

External Relations Minister Ian Gorst said that the flare up seemed to have been based on a misunderstanding on the part of French fishermen. He explained that they had understood that they had to produce evidence of at least ten days’ fishing a year for the past three years and would be given a full licence to fish in Jersey waters on that basis. 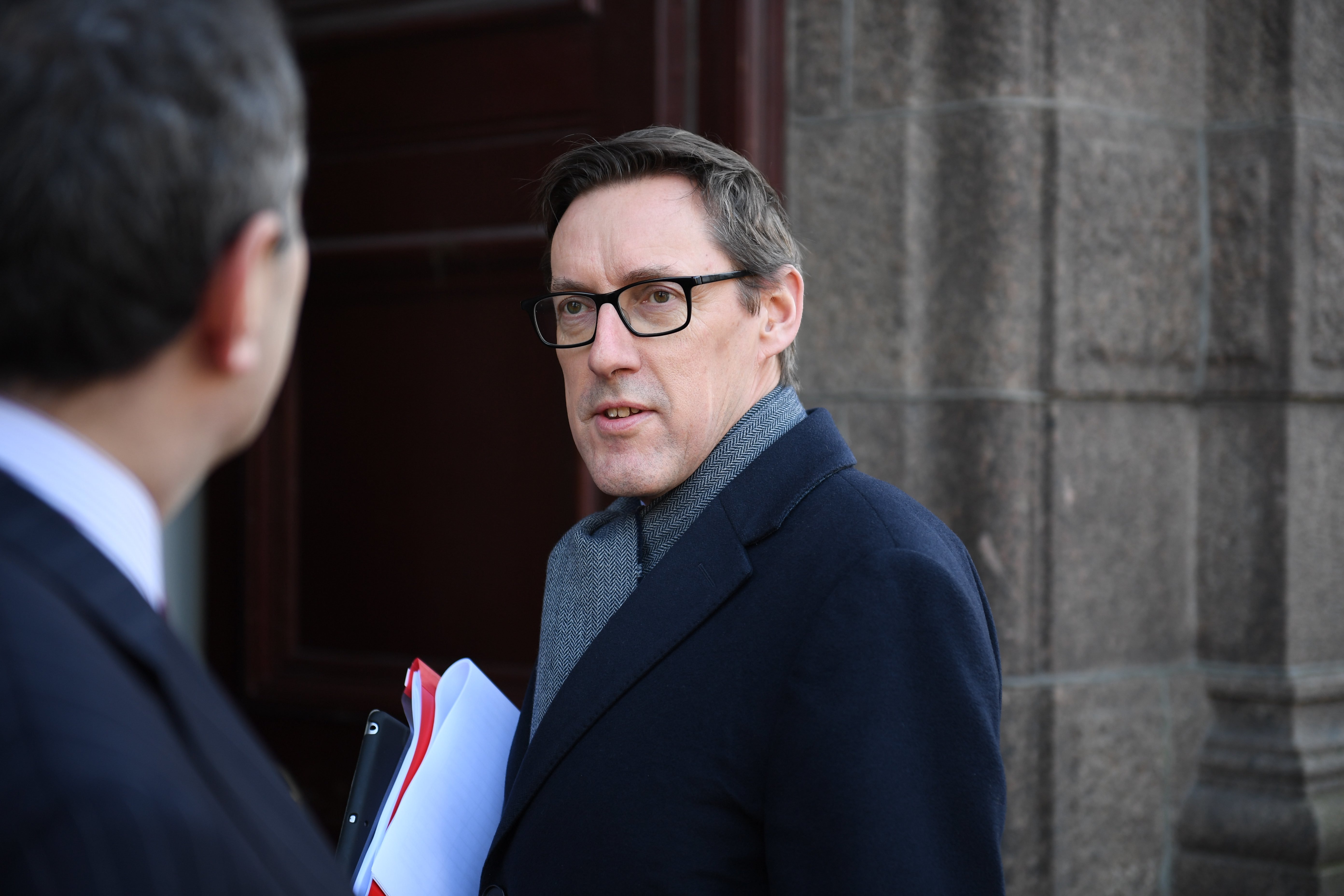 However, the Senator said that actually ten days of evidence was needed to be eligible for a licence, and that vessels which met the basic threshold would be given a licence to fish for as many days that they could show that they had fished in Island waters a year for the past three years.

He stressed that there was plenty of time for further evidence to be provided by French boats which had misunderstood.

Senator Gorst said that he had been discussing the issues with the UK government yesterday and that talks with the European Commission were ongoing. He described the French reaction as ‘extremely disappointing’.

Speaking yesterday evening, he said: ‘I believe that we should have a way through by tomorrow which is agreeable to all parties.’

He added, however, that the Island Contingency Planning Committee had met yesterday morning to discuss plans in case the situation escalated and French fishermen tried to blockade St Helier, or if other action was taken by the French.

‘We know it is very serious and it’s urgent,’ he said.

He added that the number of days that the licences were issued for last week seemed to be the biggest factor fuelling heightened tensions.

‘That’s what appears to be the biggest concern,’ he said. ‘Licences were issued in line with the new agreement on Friday prior to the ending of the amnesty for larger vessels with CS, or computer systems, which show where they have been fishing.

There were, he explained, two other issues causing tension. One was the number of dredging lines that could be used by dredging boats and the second was about limits to protect bream stocks. Senator Gorst said that the dredging condition was the same as applied to Jersey boats and that the Environment Minister had decided that the limit on bream was necessary to help ensure sustainability.

‘It is extremely disappointing that the French have taken the steps they have rather than keeping communication channels open,’ he added.

A spokesperson for the UK’s Environment, Food and Rural Affairs Department said: ‘We are clear that Jersey is responsible for its own territorial waters. The UK government is constitutionally responsible for the international relations of the Crown Dependencies. As such, we have been working closely with the EU and the Government of Jersey on fisheries access provisions following the end of the transition period for licensing.’

They added that the Government of Jersey can call upon support from the UK for enforcement purposes but that no request had been made by yesterday afternoon.

Michael Michielli, skipper of L’Ecume II, who regularly lands tonnes of produce in Normandy, said he thought his Norman and Breton counterparts would act on their threats if the situation did not improve.

‘I have seen some militant action by fishermen in Boulogne years ago and they do not stop until they get what they are after. They are pretty ruthless and who is going to stop them? We have got one little fisheries boat and that is it. I think it would be a bit of a pushover if they wanted to come up here and sit in the Small Roads for a day or so and make their point,’ he said.

‘One thing is for sure, they have said that they will not let anyone into the [French] ports to land fish or aquaculture products, so that is basically the whole of the fishing industry tied up again for the next few months.’

Mr Michielli said he had been fishing for 45 years and had faced numerous challenges – including complying with new regulations and laws.

But he could not think of any possible solution to the latest twist in the crisis and called on the government to consider financial support.

‘That is going to be it until it is resolved. We knew this was going to happen but we were never told what was going on behind the scenes – it is all coming out now,’ he said.

‘There are probably a few [French fishermen] who have got a grudge about not getting a licence but there are others who are up in arms about the number of days. I know one who has fished regularly on and off in our waters for about 30 years and now he has been given a licence but only for the few number of days he could actually prove – in the last three years – that he had fished in our waters.’