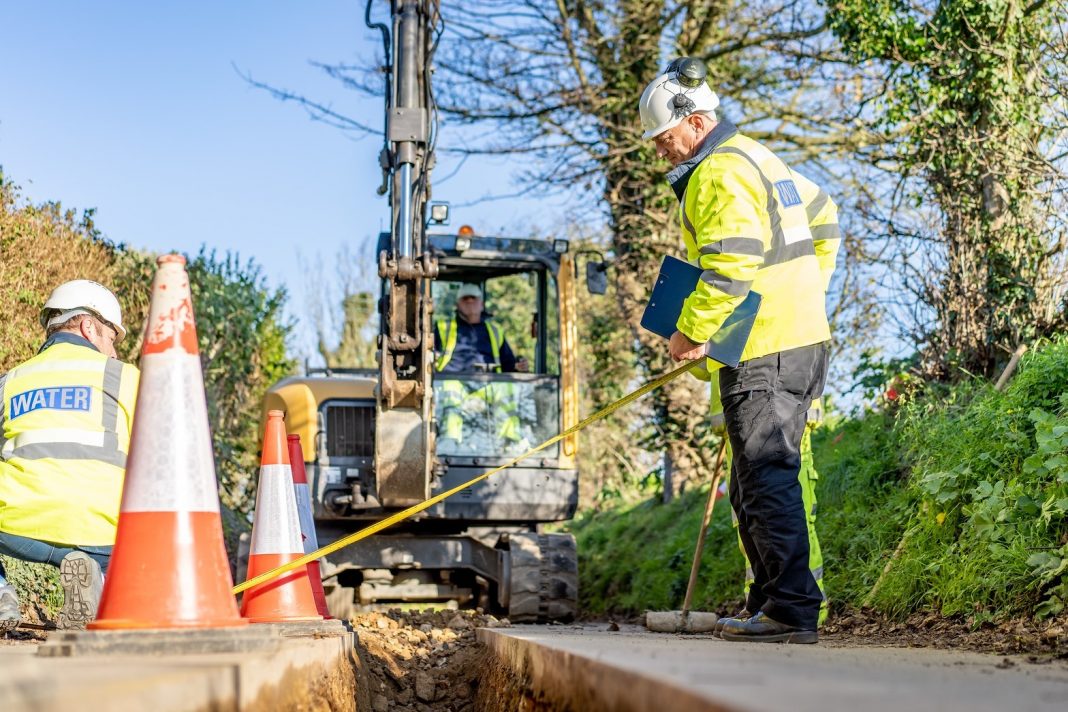 Concerns have been raised about whether the now-banned PFAS chemicals (including PFOS and PFOA), which contaminated water supplies around the Airport in the 1990s and boreholes in St Ouen’s Bay, could be harmful to health.

However, Dr Susan Turnbull, Jersey’s former medical officer of health, said there was no evidence which confirmed the chemicals caused adverse effects on human health.

‘By providing access to mains water, people will be getting water to their home straight from the source, without needing to treat it. This means they have access to a high-quality water system,’ he said.

In October, Jersey Water submitted a bid to the Covid-19 Fiscal Stimulus Fund for £4 million for its mains-network extension project.

The company is yet to be granted the money – something Mr Batho said would prevent them from reaching their goals for this year.

‘Without the money from the fund we will not be able to continue extending the mains network to supply Islanders with a high-quality water system,’ he said.

‘Implementing the network is time-consuming. We have already had to scale down the targeted number of homes for this year. If we do not get the money in the pot then we will not be able to reach as many homes as we would like.’